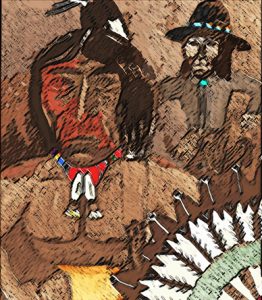 It’s a familiar dispute in genealogy. Take the Short/Shortt List. One member (let’s call her Sally for short) spells the ancestral surname one way (the Short way), while another (call her Diane) acknowledges variants, including Shortt, which she says can be Melungeon or even Cherokee. Sally claims the family tree never had a single Native American leaf or twig. Short descendants are as devoid of American Indian blood as the driven snow is of moccasin tracks. Test results for herself and numerous Short acquaintances show zero or little percentage Native American ancestry from 23&me, Family Tree DNA and Ancestry.com. Could three big companies with millions of customers be wrong?

Diane argues with Sally, finds fault with her logic, with her methods, criticizes the companies and adduces cases of Native American matches in other people’s test results. Sally insists that Diane is deluded by fantasies of playing Indian and is a victim of bad science and false advertising on the Internet.

Why all the intensity? What explains the partisan passions? Why is this discussion not more open-minded and civil? We suggest it has to do with a bad conscience about treating Indians as nobodies in history. In effect, Sally is toeing party lines, extinguishing Indian title, and fighting the Indian wars all over. She is a genetic determinist and purist to a fault.

There are three DNA tests to detect American Indian ancestry or admixture. Ideally, all would be taken before a firm decision is made. Several family members should be included. Moreover, DNA storylines are evolving on several levels and should always be combined with genealogical clues and other evidence and testimony.

Some Genetic and Genealogical Fallacies

What qualifies for being Indian DNA is an ever-changing proposition. Unsurprisingly, some tests appear to be sensitive for some Indians or their descendants and others seem to strike out completely. Let us divide the quality control into two aspects, reliability and validity.

Haplotype testing is arguably the most reliable, the most expensive and most time-consuming. But it has some challenges on grounds of validity. If reliability consists in repeatability, thoroughness and accuracy—in getting the same raw result twice—haplotype testing is the most trustworthy. It doesn’t matter whether your haplogroup/haplotype was found with a spit test or buccal specimen or blood.

By the rule of doubling for each generation, if you go back eight generations you have as many as 256 ancestors. One hundred twenty-seven of them could have a different female lineage from your mother’s direct female line, and 127 of them could have a different male haplotype than your father’s direct male type. Your mother’s haplotype may not represent the majority of haplotypes, and your father’s type may not reflect the general pattern of the past.

To return to our Facebook fracas, Sally found out her mitochondrial haplotype was a form of H1. Since H’s are not considered to be Native American in origin (only A, B, C, D and sometimes X), she insists that this line, which others have traced in strict mother-to-daughter fashion to a Mary Greenblanket, Seneca, is European, and that Mary Greenblanket’s descendants have no right to claim American Indian heritage. Diane has two objections.

—Maybe Mary Greenblanket’s H1 is, after all, a Native American type. Early genetic surveys found H in the Cherokee among other Eurasian types (Theodore G. Schurr, “Mitochondrial DNA and the Peopling of the New World,” American Scientist 88 [2000] 246-53). Online DNA sites confirm the findings of Yates and Yates’ 2013 study and assign uniformly large frequencies to “non-Native” haplotypes like H, T, J, U and N across the Eastern U.S. tribes, including Lumbee, Creek, Shawnee and others. Mal’ta Boy, the link discovered in 2014 between ancient North Eurasians and Native Americans, had haplogroup U2, a “non-Native” type.

The Basic American Indian DNA test was introduced this fall and is sold on Amazon, where it has been well received. As can be seen, its STR method is completely reliable, being used in other contexts to imprison and free individuals charged with serious crimes. No two individuals have the same multi-locus profile. Even though genetic markers are received equally from mother and father, siblings have slightly different values and results. Only identical twins have the same numbers.

The STR method enjoys important advantages in validity over both mitochondrial analysis and autosomal SNP chip tests. Its matches are not based on fraught evolutionary genetic theories, complicated projections and biased comparisons with a captive database. They come purely from the computations and published reference samples of forensic science. No other company takes the same approach.

The Basic American test, like all the others on offer from DNA Consultants, does not give percentages, only rankings. But its sixty-plus Native American reference populations are the maximal number available in forensic science. Included are all the following in the table shown below.

What this means if you get a high match to, say, Enrolled Cherokee, is that your DNA profile, unique, practically speaking, to you alone, is relatively common in the Enrolled Cherokee reference sample. Presumably, the only way your profile could match Cherokee profiles is if you share a high degree of ancestry with Cherokee people. (It is fair to point out that this is an inference, not an observation or fact, though the same came be said of haplotype and genomic testing.)

It also means that thirty-three Cherokee men and women responded to a call for volunteers, showed up a few years ago at a clinic, raised their hands, and said, “Yep, I’m an enrolled member of the Eastern Band of Cherokee Indians, and here’s my DNA.” Academics at the Molecular Anthropology Laboratory of the University of California at Davis then published the data as part of a survey of 533 Native Americans in 29 different tribes. The article was S. Kanthaswamy et al, “Native American Population Data Based on the Globalfiler Autosomal STR loci,” Forensic Science International: Genetics 24 (2016):e12-e13. Such STR matches are thus similarities to living, contemporary populations, not to hypothetical types in the past—another clear edge.

Sally and Diane feud a lot about where American Indians “came from” and when they began to mix with Europeans and Africans. Everyone’s understanding of American Indian genetics underwent a sea change several years ago when ancient DNA began to be available for the first time. Many people still cherish endangered theories, such as that of the Bering land-bridge and single-entry migration into the Americas. This brief guide can’t go into all that, but we will leave both Sally and Diane with the following questions to ponder.

—Why do people seem to think there might be only one Indian in their family tree? If there is one, didn’t that one have two parents? That would make at least three, and on and on.

—Why do we call it American Indian DNA when it is supposed to all come from Asia? Why don’t we call it Mongolian, East Asian or Siberian DNA?

—Why are we exclusively focused on thousands of years ago rather than the periods of world history more important and better known to the present, like classical antiquity, the Middle Ages and Age of Exploration

—Is there any American Indian DNA that flowed across the Atlantic Ocean instead of coming from the shores of the Pacific Ocean? Did all inputs spread by land routes in a gradual starlike pattern of diffusion?

—Is it to be labeled European admixture if Icelanders left a colony in Duck Trap Harbor, Maine, in the eleventh century, or Mycenaeans built a harbor at Poverty Point in Archaic Indian Period Louisiana? That term is typically reserved for events after 1492. Should you describe those populations as American Indians? Part or admixed American Indians? What is to distinguish them from part or admixed American Indians of today? How do we know if admixture was pre-1492 or post? Nothing in the naked DNA signature can tell the difference. It all depends on the assumptions of history and anthropology.

In our experience, if any of your European or African or Asian male ancestors were settled in North America before 1790, you have some degree of American Indian DNA, possibly a significant amount. Young males on the developing frontier had to marry someone and they very often married Indian women. Family lore abounds in these stories, in European as well as African American contexts. Many genealogists follow their paper trails back to the seventeenth century. Forensic matches can trace the Native American contribution better than uniparental or whole-genome testing. 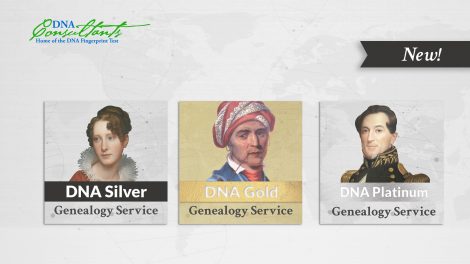