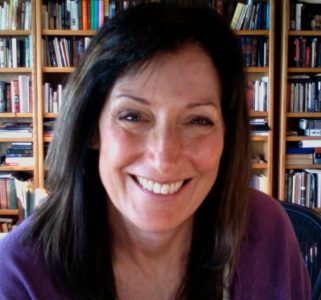 Because of its length, our long-awaited report on Phase II of the Cherokee DNA Project is being published in installments. Part I deals with the background of American Indian haplogroup analysis and the “peopling of the Americas” hypothesis that has prevailed in genetics since 1993. Part Two will describe our procedure and methodology.

Abstract. A purposive sample of individuals who took a mitochondrial DNA test to determine female lineage (n=67) was created from participants in DNA Consultants’ Cherokee DNA Project Phase II. Almost all beforehand claimed matrilineal descent from a Native American woman, usually believed to be Cherokee, and often named in genealogy research undertaken by the customer. The majority of subjects revealed “anomalous” haplotypes not previously classified as American Indian. Many matched others in Phase I. Several individuals overcame the barrier of a sealed adoption to find biological relationships, often to other participants. As in Phase I, a Middle Eastern type, haplogroup T, emerged as the most common lineage (19.4% in Phase II, 22.7% overall in the project), followed by H, U and J, all Eurasian types. Sub-Saharan African haplogroup L (9%) was prominent as a minor category. Old Europe haplogroups I, N, V and W occurred in small amounts and should be considered strikingly new, unreported signals of authentic Cherokee ancestry.

Ever since the pioneering work of Douglas C. Wallace, Rebecca L. Cann and others on the use of human mitochondrial DNA as a marker for genetic ancestry and disease, scientists have insisted on a very limited and rigid number of ancient Asian female founders for present-day American Indian populations. In 1993, Satoshi Horai of the National Institute of Genetics in Mishima, Japan was the lead author in a study with the agenda-setting title, “Peopling of the Americas, Founded by Four Major Lineages of Mitochondrial DNA.” That same year, Antonio Torroni of the University of Pavia coined the term haplogroup in a publication in the American Journal of Human Genetics in which he and his co-authors postulated but four lineages, A, B, C and D to account for mitochondrial ancestries in their sample. Also in 1993, Anne C. Stone (Arizona State University) and Mark Stoneking (Max Planck Institute for Evolutionary Anthropology) confirmed the four haplogroups in a 1300 C.E. burial ground in central Illinois, the Norris Farms site. The year 1993 was truly anannus mirabilis in American Indian genetics. It remained only for the minor haplogroup X to be added to the original four lineages (Brown et al. 1998, Malhi and Smith 2002; Smith et al. 1999).

In the ensuing twenty years, academic studies, textbooks, the popular media and governmental policies fell into lockstep about the “peopling of the Americas.” Despite a number of voices being raised in criticism (Jones; Guthrie; Jett), the model restricting American Indian ancestry to mitochondrial lineages A, B, C, D and X has remained intact. When direct-to-the-consumer DNA testing became available in 2000, commercial companies hopped on the abecedarian bandwagon. To paraphrase Henry Ford, you could have an Indian DNA test say anything you wanted as long as it was A, B, C, D and sometimes X. But were these haplogroup rules possibly equivocal and not conclusively decidable anyway?

Etched in stone along with the five classic Native American mitochondrial haplogroups has emerged a belief that all American Indians can be traced to a single entry from Siberia roughly 10,000 years ago across the Bering Strait, supposed at that time to have formed a land bridge. This prevailing notion was summarized and defended by Kemp and Schurr (2010). According to University of Florida doctoral dissertation writer Joseph Andrew Park Wilson, “Today it is rare to find a molecular anthropologist who favors more than two distinct migration events, and a majority of researchers are enamored with the single-origin hypothesis, which postulates just one founding group ancestral to all Native Americans.” Wilson cites the following studies in support of this observation:  Bonatto and Salzano 1997; Fagundes et al. 2008; Goebel et al. 2008; Kolman et al. 1996; Merriwether et al. 1995; Mulligan et al. 2004; Rubicz et al. 2002; Stone and Stoneking 1998; Tamm et al. 2007; Tarazona-Santos and Santos 2002; Zegura et al. 2004 (p. 102).

Band-aids on the Battleship
This “A-D” thesis continues to stand with minor alterations. Perego et al. (2009) proposed on the basis of phylogeographic analysis of 69 mitochondrial types a  “simultaneous but independent Asian source populations for early American colonists.” But this modification of the theory involving “two roads taken” still kept within the A-D canon and maintained the primacy of the Bering land bridge (aided in a minor way by a seaborne route from Asia using the “kelp road”).

After extensive examination of the subject Wilson concludes that the five mtDNA haplogroups actually have complex, multilayered histories. Setting aside the initial colonization of the Americas with its foundational genetic imprint, a host of unsolved questions about the remainder of the pre-Columbian period persist as problematic, including the number, timing, impact, duration, direction and scale of movements between the Old World and New World. Moreover, the genetic story represents only one of the pieces of the puzzle; other evidence to be harmonized into a coherent “archeogenetic narrative” are languages and material culture (pp. 141-42).

Torroni and Wallace (then at Emory and La Sapienza in Rome, respectively) were apparently the first to use the term “anomalous” of mitochondrial types. However, in their important letter to the editor of the American Journal of Human Genetics in May 1995, they applied it rather narrowly to “a heterogeneous set of mtDNAs due either to recent genetic admixture or to new mutations that have abolished a preexisting primary marker,” in other words to non-conforming types within the A-D paradigm.

Utterly “foreign” anomalies only came within the sights of geneticists in 2013, when a devastating shockwave hit the archeological establishment. At the epicenter was Danish researcher Eske Willerslev, who reported on two 24,000-year-old Siberian skeletons at the “First Americans Archeology” conference in Santa Fe, New Mexico.  The fullest sequencing of ancient human DNA to date suggested that the people who lived near Lake Baikal at the dawn of human civilizations, and who later developed into the Native Americans of the New World, came more proximately from a westernly direction in Europe, not from Asia. Moreover, the mitochondrial haplogroup of the so-called Mal’ta boy the Danish team sequenced was U, a “non-Indian” type (M. Raghavan et al. 2014). The term anomalous now extended to entire haplogroups that did not fit the mold.

On the face of it, no haplotyping study can distinguish between deep ancestry and more recent admixture as the cause of unusual variations in DNA. Whereas tools like “time to coalescence,” bootstrapping and phylogenetic trees can be used to compare types and estimate genetic distance, no logarithm can tell the geneticist where any given haplotype may have arisen and become characteristic. Projections of the source, spread, mutation and survival of uni-parental haplotypes can be deceptive, especially when they telescope tens of thousands and sometimes hundreds of thousands of years.

Navajo Puzzles
To consider an apposite question from Navajo research, we might ask when did certain Asian genes in the modern-day Diné matching 4000-year-old DNA from Siberia and the Tarim Basin travel to the Americas? It could have been 20,000 years ago or it could have been in the 16th century. The “genetic signature” could have arrived by gradual “star-like” diffusion or through one or more discontinuous movements, some possibly seaborne, some repetitive, some marked by diversity of types, some non-diverse, some minor, some major, some conceivably separated from each other by centuries or millennia. Similar problems beset any modeling of tribally-specific genetic scenarios. As the Jones white paper pointed out long ago, geneticists have a tendency to take the long view and telescope genetic incidents. They often rely solely on statistical modeling applying classical evolutionary components like random mating and natural selection and do not take concerted account of histories, archeology, cultural baggage like myth and religion, and family or clan genealogies.

So far, autosomal DNA analysis has not assumed a large role in elucidating haplogroup history and the subject of admixture. The Centre for GeoGenetics at the University of Copenhagen’s Natural History Museum of Denmark has led the way with a new “dual ancestry” model augmenting the A-D thesis. The current issue of Archaeology contains the heretical suggestion that “the earliest travelers to the New World made their way more than 20,000 years ago from what is now the west coast of France and northern Spain” (Swaminathan, p. 25), but this seems to be just another shot in the dark. A quite recent autosomal study of European DNA headed by Harvard’s David Reich identified three ancestral populations on the basis of ancient DNA, one of which is Willerslev’s “ancient North Eurasians related to Upper Palaeolithic Siberians,” called ANE (Lazaridis et al. 2014). Belonging to haplogroup U, and sharing some alleles with 8,000-year-old Scandinavian hunter-gatherers, ANE is thus an ancient link between Europeans and Native Americans, one quite separate incidentally from Turkic Chuvash and N-dominated Saami, both of which “are more related to east Asians than can be explained by ANE admixture” (p. 412). Haplogroup U has thus been established as an ancient founding haplogroup in Native American populations, dating back 24,000 years ago to the same time period as the A-D canon.

It is to be hoped that genetics will embark on a fundamental new beginning for the study of American Indian haplotypes rather than continue to repair outworn theories. Promisingly for Cherokee research, Willerslev’s team in Denmark has included several participants in the present project as part of a larger study. The Danish initiative has sampled the 35,000 members of the Echota Cherokee Tribe of Alabama:  Dr. Joel E. Harris, Sr. maintains a communication page.

Photo above:  Participant #56, Karen Freeman Worstell, a risk management professional in Gig Harbor, Washington. Worstell tested as having a very rare T* that matched Cherokees on official rolls, even though T is universally considered a non-Indian type. She says, “I was always told we were Cherokee by my mother.” Her T haplotype exactly matched two participants in Phase I of the DNA Cherokee Project, both relatives of Patrick Pynes, a professor of indigenous studies in Arizona. Pynes has traced the line to Mildred Gentry (1792-1852) and Nancy Gentry (b. 1801), daughters of the wife of Tyree Gentry, sometimes named as Delilah.

Karen Worstell’s grandmother Odessa Shields Cox (shown with her husband William M. Cox and Karen’s mother Ethel about 1922) was born about 1904 in Indian Territory. “As for my family’s oral history,” says Worstell, “there was tremendous secrecy about anything related to my Indian background. My grandfather used to call me ‘squaw,’ which would infuriate my mother. My mother cut off all connection with her own mother sometime before I was born. My grandmother has strikingly Indian features and I do wonder if perhaps she was an adopted Indian child.”