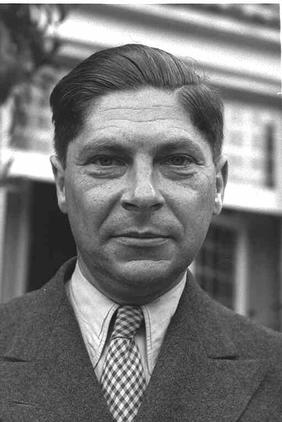 In “Heretical History” and numerous other posts, we have argued that the contributions, genetic and cultural, of the Turkic-Iranic Khazars deserve much more attention than the cosseted theories of European Zionist Jews and the official views of the state of Israel on Jewish history. A new study by Eran Elhaik titled “The Missing Link of Jewish European Ancestry: Contrasting the Rhineland and the Khazarian Hypothesis,” (Genome Biol. Evol. 5.1:61-74) bears out our thinking with hard evidence that seems likely to settle that rancorously-fought-over question once and for all.

According to Science Daily (Jan. 16, 2013), “Despite being one of the most genetically analysed groups, the origin of European Jews has remained obscure . . . but the new study . . . sets to rest previous contradictory reports of Jewish ancestry.” Elhaik’s findings strongly support the Khazarian Hypothesis, as opposed to the Rhineland Hypothesis, of European Jewish origins.

Ashkenazi (“Germanic”) Jews embraced a Western European origin myth not only because it presented Jews as very white, at the top of the race pyramid, but because of the prestige it brought them of being a spin off of the Roman Empire.

The Khazarian thesis acknowledges that the most important element is Middle Eastern among “brown” peoples, and that the period of efflorescence of Judaism in Europe began in the late Middle Ages under the influence of migrating Khazars.

That’s an entirely different version of history, one much closer to Arthur Koestler’s “Thirteenth Tribe” account, a theory for which he was castigated by fellow Jews and especially Zionists.

The new study was not possible until recently, when many of the gaps in Caucasian and Jewish genetics were filled for the first time, using autosomal approaches rather than sex-linked haplotype surveys. Elhaik’s masterwork examines a comprehensive dataset of 1,287 unrelated individuals in 8 Jewish and 74 non-Jewish populations genotyped over a range of half a million single nucleotide polymorphisms (SNPs) or markers. These data were adapted from a study by Doron Behar and colleagues from three years ago.

The central role of Khazaria was also not wanted or wished for among Eurocentric scholars, who tended to denigrate Ostjuden or Eastern Jews. Few historians conceded even the fact that Khazaria was a Jewish state that lasted nearly a millennium, where Hebrew was spoken, preferring to think of it as a sort of travelers tale or land of religious fiction.

Elhaik used seven measures of ancestry, relatedness, admixture, allele sharing distances, geographical origins and migration patterns to identify the Caucasus-Near Eastern and European ancestral signatures in European Jews’ genome along with a smaller, but substantial Middle Eastern genome. “The results were consistent in depicting a Caucasus ancestry for all European Jews,” according to Science Daily.

Heresy in a Nutshell

Elhaik wrote:  “The most parsimonious explanation for our findings is that Eastern European Jews are of Judeo-Khazarian ancestry forged over many centuries in the Caucasus. Jewish presence in the Caucasus and later Khazaria [a Hebrew-speaking Central Asian empire] was recorded as early as the late centuries BCE and reinforced due to the increase in trade along the Silk Road, the decline of Judah (1st-7th centuries), and the rise of Christianity and Islam. Greco-Roman and Mesopotamian Jews gravitating toward Khazaria were also common in the early centuries and their migrations were intensified following the Khazars’ conversion to Judaism… The religious conversion of the Khazars encompassed most of the Empire’s citizens and subordinate tribes and lasted for the next 400 years until the invasion of the Mongols. At the final collapse of their empire in the 13th century, many of the Judeo-Khazars fled to Eastern Europe and later migrated to Central Europe and admixed with the neighbouring populations.”

According to Science Daily, Elhaik’s findings explain otherwise conflicting results describing high heterogeneity among Jewish communities and relatedness to Middle Eastern, Southern European, and Caucasus populations not accounted for under the Rhineland Hypothesis. Although the study links European Jews to the Khazars, there are still questions to be answered. How substantial is the Iranian ancestry in modern day Jews (Khazars were themselves mixed)? Since Eastern European Jews arrived from the Caucasus, where did Central and Western European Jews come from, those usually called Sephardic?

Finally, if there was no mass migration out of Palestine at the 7th century, what happened to the ancient Judeans? –Shlomo Sand, the author of The Invention of the Jewish People, has maintained that there never were any expulsions or exoduses out of Palestine, only wholesale conversions to Islam. Thus, the true heirs of Judah are the persistent inhabitants who still occupy Jerusalem and the Holy Land, that is, Palestinians.

It is ironic, to say the least, that these ancient Judeans are dispossessed by a nationalist colonial power with roots no deeper than nineteenth century Europe which exercises a force majeur based on mistaken notions of genetics and history.

Photo above:  Arthur Koestler, the arch-heretic and persona non grata in the eyes of Jewish authorities, was unorthodox politically, religiously and sexually.