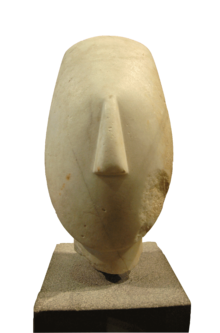 Her profession is her religion
Her sin her lifelessness

Will the archeological establishment’s obtuseness about prehistory and the religion of the Great Goddess ever falter? In an article titled “Pieces of a Bronze Age Puzzle” in the current issue of Archaeology Magazine (Sept/Oct 2011, p. 15), Jessica Woodard discusses the “enigma” of thousands of broken Cycladic figurines from the tiny, uninhabited island of Keros near Naxos. Summarizing the decades long work of Cambridge archeologist Colin Renfrew, she dates the site to 2800 to 2300 BCE and (are you ready for this) speculates there was a lot of “social activity as well as ritual activity…relating to beliefs about life, death, and perhaps the hereafter.”

This is tantamount to saying that the deliberately broken figurines were broken by people, human beings who lived a long time ago, on purpose. But what kind of rituals and “beliefs”? The word “religion” is mentioned nowhere. Evidently, since archeologists profess no religion themselves they cannot detect it in any of the people whose graves and relics they dig up.

Greek mythology tells how Venus, the eldest of the Fates, was born at sea and stepped ashore on several islands, where her cult continued, notably at Cythera, Crete, Naxos and Cyprus. All the “enigmatic” broken figures clearly relate to the worship of the Mother Goddess. Marija Gimbutas covers the featureless face, arms crossed over breasts and other unmistakable signs of the Goddess or Magna Mater in her voluminous writings, including The Language of the Goddess. We suggest if Colin Renfrew cannot bring himself to read Gimbutas he at least dip into Pausanias, the second century CE author of a guidebook to Greece in ten volumes. There he will find many descriptions of these votive offerings to the Goddess.

Archeologists may also want to acquire at least a bowing acquaintance with Riane Eisler’sThe Chalice and the Blade. Both Gimbutas and Eisler describe three invasions of the warriors of the steppes with their male gods following the year 3000 BCE that spelled an end to the long period of female-based life-celebrating religion in the Middle East and Old Europe. Only the Minoans, Etruscans and certain other peoples from Asia Minor and the Greek Islands were able to retain the Mother Goddess in the new mostly male pantheon, which was focused more on death than rebirth.

The only puzzling part of the Keros Hoard is how archeologists could overlook its abundant testimony to the Mother Goddess religion. 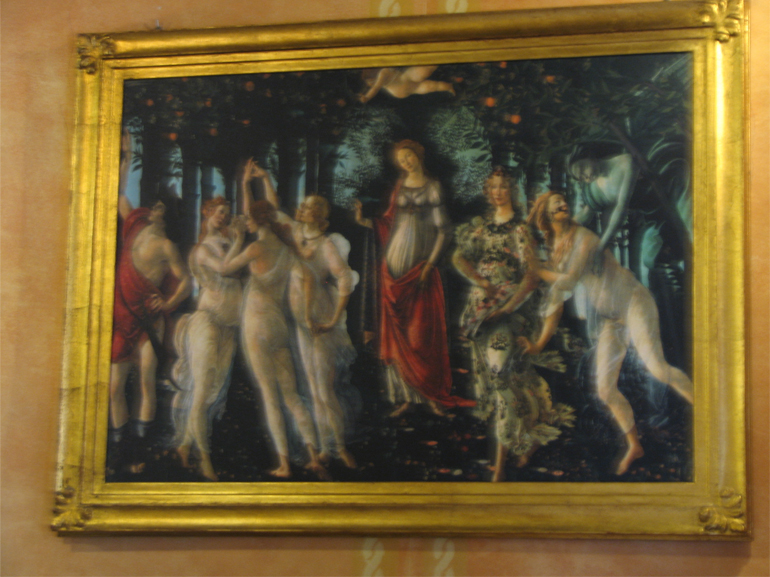 Botticelli’s “Birth of Venus” depicts the Goddess’ first coming ashore. (No, this is not the famous original in the Uffizzi Gallery in Florence. This is a cheap reproduction hanging on the walls of a Rome pizzeria.)