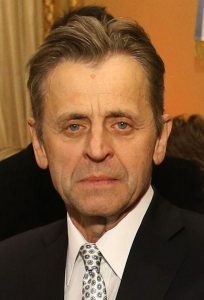 Latvia is a small country in the Baltic region of Northern Europe. It is bordered by Estonia, Lithuania, Russia and Belarus.  The capital is Riga, with a population of about 631,000. Several eastern tribes merged in medieval times to form the Latvian people. A Latvian republic emerged following World War I, but it was annexed by the USSR in 1940. Independence was reestablished in 1991 following the breakup of the Soviet Union. The peaceful Singing Revolution, starting in 1987, called for Baltic emancipation from Soviet rule and condemning the Communist regime’s illegal takeover.

Latvia’s population has been multiethnic for centuries, though the demographics shifted dramatically in the 20th century due to the World Wars, the emigration and removal of Baltic Germans, the Holocaust, and occupation by the Soviet Union. Livs (also known as Livonians) and Latvians are the indigenous people of Latvia.  In 2011, the country was populated with 62.1% ethnic Latvians, 26.9% Russians and the remaining 11% were of various ethnicities.  Latvians are genetically very similar to Finno-Ugric-speaking Estonians.  The official language is Latvian, spoken by more than half the population, followed by Russian. Currently there are nearly 2 million residents. The United States and the United Kingdom have the largest Latvian population outside of Latvia.

The Latvia population data represent DNA samples from 500 randomly selected individuals from Latvia. Samples were provided by the DNA Analysis Unit of the Forensic Service Department of the State Police of Latvia.