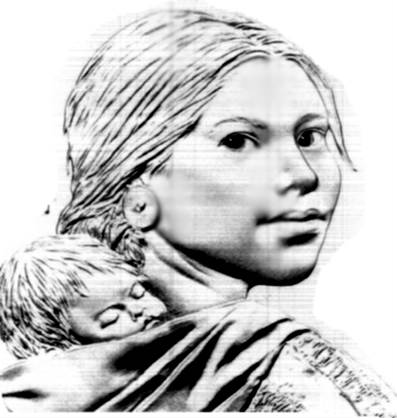 Salishan Native Americans are people identifying or identified as Salishan speakers and related tribes sampled in the United States and Canada.

The Native American – Salishan population data represent DNA samples from 47 individuals in the Pacific Northwest population of Native American tribes that speak the Salish language. An expanded study included 104. This population is found in what are now America’s northwestern states of Idaho, Montana, Oregon, Washington and Wyoming, as well as the Canadian west coast province of British Columbia. DNA samples were provided by the Royal Canadian Mounted Police.

For general information on the Salishan population, see:

For information on the numerous tribes, bands and nations of Native Americans that make up the Salishan population, see: