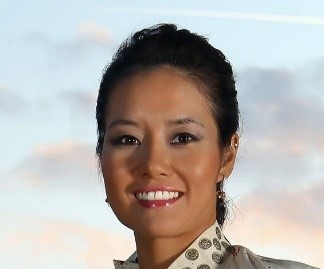 Photo:  Li Na, tennis player from Chengdu, who won the French Open in 2014 and the Australian Open in 2014.

Han describes the vast majority of all Chinese, including those who live in Chengdu, the capital of Sichuan province in the southwest part of China. Since the Chengdu sky is apparently almost always cloudy, a local proverb has it that ‘the dogs of Chengdu bark at the sun’, referring to one who, due to unfamiliarity, reacts strongly to something that is otherwise very common.

Chengdu is a sub-provincial city which serves as the capital of China’s Sichuan province. It is one of the three most populous cities in Western China, the other two being Chongqing and Xi’an. As of 2014, the administrative area houses 14,427,500 inhabitants, with an urban population of 10,152,632. Chengdu Shuangliu International Airport, a hub of Air China and Sichuan Airlines is one of the 30 busiest airports in the world, and Chengdu Railway Station is one of the six biggest in China. Chengdu also hosts many international companies and more than 12 consulates. More than 260 Fortune 500 companies have established branches in Chengdu.

Chinese – Chengdu Han represents 101 unrelated volunteers living in Chengdu who were sampled in 2005 by the institute of Forensic Medicine at the Sichuan University in Sichuan, China.

The Chinese Han – Chengdu population data represent DNA samples from 128 unrelated Han individuals living in Chengdu (Chengdu), the capital of Sichuan province (Sichuan) in the southwest part of the People’s Republic of China (P.R. China). Samples were obtained by the Institute of Forensic Medicine at the West China University of Medical Sciences, and by the Dept. of Forensic Biology at the Office of the Chief Medical Examiner (OCME), in New York City. Research also was supported by grants from the Alexander von Humboldt Foundation in Germany, the Chinese Medical Board of New York, the National Nature Science Foundation in P.R. China, and the Science Foundation of Sichuan Province in P.R. China.