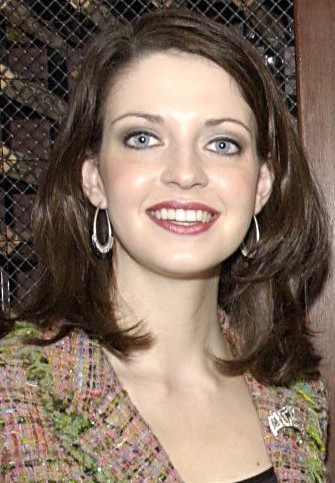 White Alabamians are people identified or identifying as white or primarily Caucasian or of European ancestry in the state of Alabama.  The United States Census Bureau defines white people as those “having origins in any of the original peoples of Europe, the Middle East, or North Africa. It includes people who reported “White” or wrote in entries such as Irish, German, Italian, Lebanese, Near Easterner, Arab, or Polish.”

The White – Alabama population data represent DNA samples from 75 Caucasian (White American) individuals in the state of Alabama. Samples were provided by the Alabama Department of Forensic Sciences.

Photo: Deidre Downs, better known as Miss America 2005, from Pelham, Alabama, a suburb of Birmingham, during a July 3 dinner in Atlanta. Public domain.