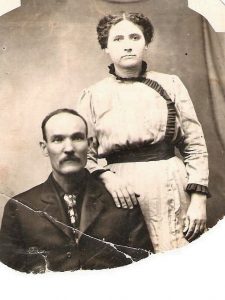 Where Do I Come From?
Real People’s DNA Stories

Thank you to Donald Panther-Yates and the DNA Consultants staff for the prompt return of my Melungeon DNA Fingerprint results.  Several weeks ago, I had never even heard the word “Melungeon.” In preparation for an upcoming genealogy research trip, I just happened to go on amazon.com and read the introduction to Dr. Yates’ book:  Old World Roots of the Cherokee. I was tremendously excited to see a description of the terms “Black Irish” and “Black Dutch.” Up until this time, I had been unable to find a satisfactory definition of these terms. My maternal grandmother had always stated that she was “Black Irish.” Another maternal great-grandmother reported her lineage as being “Black Dutch.” None of my family members seemed to know what those terms meant.

Needless to say, I quickly ordered the above-mentioned book, as well as other books by N. Brent Kennedy, Elizabeth Caldwell Hirschman and Wayne Winkler. It took me no time at all to realize that much of the family tree that I have diligently put together (over the last 6 years) was/is profoundly Melungeon. If I have accurately understood the information I have rapaciously absorbed over the last few weeks, and responsibly documented my family lineage, the following facts and information support this conclusion:

1.   After reading Old World Roots of the Cherokee, I realized that I am a distant Ramey/Reamy cousin of Teresa (Grimwood) Panther-Yates. My paternal grandmother was born a Reamy in Texas. Although I had known that the Remys had been French Huguenots, I had no clue about their Sephardic ancestry until I read this book. Similar to the Grimwood/Rameys ( in Chapter 9) my Reamy people also have a variety of unusual and distinctive first names:  Othera, Vida, Vita, Orvia (male), Olive (male), Rozella, Oleta, etc.

2.   The name of my 4th great-grandmother (paternal side) was Margaret Anna Goins. Her granddaughter, Margaret Ann England married my 2nd great-grandfather, Olive Nathaniel Reamy (see photo above). Margaret Anna Goins  and her husband William James Morris resided in Tennessee and Alabama before moving to Texas after the Civil War (with their daughter’s family).

3.   My great-grandfather Orvia N. Reamy consistently reported that his grandmother was of Cherokee ancestry. (He did so delightedly and repeatedly because it upset many other family members who would have much rather maintained a complete silence regarding their “less-than-white” ancestry.) This woman would have been Elmina C. (Morris) England – daughter of Margaret Anna Goins.  In addition to Goins being a major Melungeon surname, I believe that the inter-related Englands, Morrises, and Barnes of this branch of my family are also probably of Cherokee ancestry. Elmina Morris and husband Landy England gave their sons rather distinctive names of certain military generals prominent in the Creek/Redstick War.

4.   My great grandmother Jesse Alice Ketchand (my mother’s, father’s mother) stated that she was Black Dutch. Family pictures show that Jesse Alice and her mother Martha Ann Cammack had Asian eye folds. This evidence and the family lore regarding Jesse Alice’s grand-father William Peterson Ketchand, strongly support Melungeon ancestry. It is said that sometime around 1834, “W.P.” got into some kind of trouble in Virginia, whereupon he and his new bride rapidly left the area.  W.P. subsequently made up a new surname:  “Ketchand”.  (The only people you will find in the U.S. today with this particular surname are descendants of W.P.). I have a very strong hunch that my family is probably connected and/or related to “Sister Kitchen” and “them melungins” mentioned in the Stony Creek Primitive Baptist Church records of 1813. I have researched and found that after leaving Virginia, W.P. and his family lived for some time in Georgia before moving on to southeastern Arkansas, where he was a minister of a Primitive Baptist Church in Ashley Co., Arkansas. I have visited this church building – it looks exactly like those described by Elizabeth C. Hirschman in Melungeons:  The Last Lost Tribe in America. W.P. and his son Jesse Enos Ketchand were listed as white on 1850 & 1860 U. S. Federal Census documents.  However, in the 1870 Ashley County Arkansas U.S. Federal Census,  Jesse Enos Ketchand and his family (including my great-grandmother Jesse Alice) were labeled “mulatto”.

5.   My mother’s mother – Anna Laura Williams, stated that she was of “Black Irish” ancestry.  I have traced her maternal line only as far back as Anna’s great-grandmother:  Cynthia/”Sinthy” Love in Lawrence Co., AL in the 1820s/1830s. Lawrence County seemed to be a gathering spot for a large mixed race community, and the surnames that “Sinthy” was linked/married to appear to have connections with the Chickasaw and Cherokee tribes (Love, Rodgers/Rogers, Carpenter). I also received a fairly rare mtDNA haplogroup (W6) from this woman.

7.   Before my “Melungeon Revelation” I had researched that I was a descendant of Bacon’s Rebellion co-leader James Crewes and his Pahmunkey/Powhatan “wife.” Although colonial law did not allow his half-breed daughter Hannah any legal recognition or rights as his heir and daughter, James did his best to write a will bequeathing much of his estate to Hannah and her husband Giles Carter (shortly before he was hung by Gov. Berkeley for his part in the 1676 uprising). I have two family images of their descendants (my 2nd & 3rd great grand-mothers) that show features of their Native American heritage.

Given all the above details, I expected that my DNA results would reveal a wonderfully diverse Melungeon-American background. Thanks again to DNA Consultants again for both the expected and unexpected ethnic details! The Romani element was a bit of a surprise, and I’ll admit that I was disappointed to see that I did not inherit a Native American marker from either parent. (I have no doubt that one of my siblings probably did!)  These results will greatly aid me as I continue my genealogical research.