Where Do I Come From
Real People’s DNA Stories 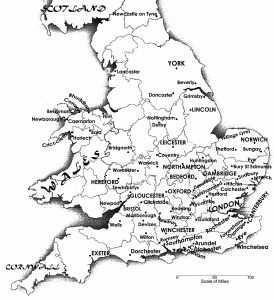 As soon as EURO DNA was released last month I quickly studied my new list of European nationalities where I have significant ancestral lines according to DNA Consultants’ new autosomal population analysis. I had come to know and accept, of course, the usual suspects, compiled from the 24 populations available from ENFSI (European Network of Forensic Science Institutes). But the new list represented 71 populations and far surpassed ENFSI or any other database in commercial use. It had, for instance, the first European comparisons for countries like Hungary, Lithuania, Malta and Iceland. So how would my familiar matches—Scotland, Ireland, England, Belgium and the rest—shake out in the new oracle?

Some of the top matches—above British Isles or Northern European ancestry—were Central European. Here were the top 20:

Slovakia? Romania? To be sure, I had always had a fascination with both countries. In my salad days I studied in Europe and traveled to Bratislava, where I fell in love at first sight with the chiseled blonde visage of a friend of my university classmate. And I had also been to Romania in the days of its Communist regime, when my long-haired travel companion and I were welcomed like long lost relatives or conquering pop heroes.

Admittedly, the results of an autosomal ancestry test are cumulative and combinatory. While they do reflect all your ancestry, as no other test can, you are cautioned not to use the matches to try to pinpoint lines in your family genealogy. There is always a temptation to over-interpret.

My European admixture results from AncestryByDNA had yielded a confirmatory result:  20% Southeast Europe. That struck me at the time as odd. Yet Hungarian was now one of my top metapopulation results, too. (Remember, Hungarian data did not figure into ENFSI because Hungary is not in the European Union.)

The Scottish (my grandmother was a McDonald) made sense, as did all the other matches from what I knew through years of paper genealogy research. But I was unaware of any strong Central European lines.

Sizemore Research:  Pitfalls of Genetic Genealogy
Then I recalled the Sizemores. My great-great-grandmother was a Sizemore, and they were multiply connected with my Coopers, my mother’s maiden name. Could the Central European effect in my EURO result be from the Sizemores?

Much ink—or at least many keystrokes—has been expended on the Sizemore controversy. There are pitched battles on genealogy forums and edit wars in cyberspace. One armed camp has them down as Melungeons and admixed Cherokees with crypto-Jewish strains. Another holds it as an article of faith that the Sizemores were a lily-white old Virginia British family and the surname comes from something like Sigismund (think Goetterdaemmerung). Y chromosome DNA shows ambiguous conclusions:  you can visit the advertisement page sponsored by Family Tree DNA.

Alan Lerwick, a Salt Lake City genealogist, upset the apple cart some years ago by linking America’s Sizemores to Michael Sismore, buried in the Flemish cemetery of the Collegiate Church of St Katherine by the Tower in London in 1684. That was the same parish as my Coopers lived in. Then and now, it is the most Jewish section of London.

Sizemore is not a British surname before the sixteenth century. It was clear to me long ago that neither my Sizemores nor my Coopers were Mama Bear, Papa Bear families. Spurred by my EURO DNA test results, I dug into my subscription at Ancestry.com and learned that Michael Sismore was recorded as being born as Michael Seasmer in Ashwell, an important village in north Hertfordshire, November 1, 1620. His parents were Edward Seasmer and Betterissa (a form of Beatrice). New information! Alert the list moderators and surname project guardians!

Seasmer is undoubtedly the same as Zizmer, an old Central European Jewish surname adduced in multiple families in Israel, Romania, Czechoslovakia, Germany, Austria, Russia, Moldavia and the United States. Edward and Michael are favored first-names in the U.S. branches. The Hebrew letters, which can be viewed on numerous burials in Israel, are  (in reverse order, right to left) RMZZ. Cooper is a similar Jewish surname, common in Russia and Lithuania and Israel as well as the British Isles and the U.S. In fact, my father’s surname, Yates, is a Hebrew anagram common in the same countries, meaning “Righteous Convert.”

Hertfordshire was an important center for British Jewry, mentioned in the works of Hyamson, Jacobs and others (see map above). A good hypothesis to explain the transformation of Michael’s name from Seasmer to Sismore and thence to Sizemore is this. His grandfather, a Zizmer, came to England in the time of Elizabeth, perhaps via the Low Lands, possibly as a soldier or cloth merchant. This could account for Michael Sizemore’s burial in the Flemish cemetery of St Katharine’s by the Tower, usually reserved for foreigners. It also explains the predilection in descendants for such names as Ephraim, Michael, Edward, William, John, Richard, James, George, Hiram, Isaac, Samuel, Solomon and Henry. And why girls were named Lillie, Lydia, Louisa, Naomi, Pharaba, Rebecca, Sarah and Vitula. The last name (also found in my wife’s grandmother’s name) was a Jewish amulet name. It meant “old woman” in Latin and was given to a child to augur a long life.

Zismer took the form of Cismar, Cismarik, Zhesmer, Zizmor, Ziesmer, Zausmer, Cismaru and Tzismaro—all amply attested in the records of European Jewry, including Jewish Gen’s Holocaust Database, with the records of over two million victims and survivors of the Nazi genocide of World War II. I am proud of my Jewish heritage through my great-grandmother and through my half-blood Cherokee Indian mother Bessie Cooper Yates.

Thank you for indulging me in this genealogical excursion into a family mystery. Like the restaurateur, I would be to blame if I didn’t eat in my own establishment. I can confidently say that DNA Consultants’ new EURO DNA is a smorgasbord of genetic delights for those jaded by the old-fashioned sex-linked testing. I thank our R&D team, in particular Professor Wendell Paulson, our head statistics consultant, along with all those who helped vet its amazing power, and I encourage you to try it today!