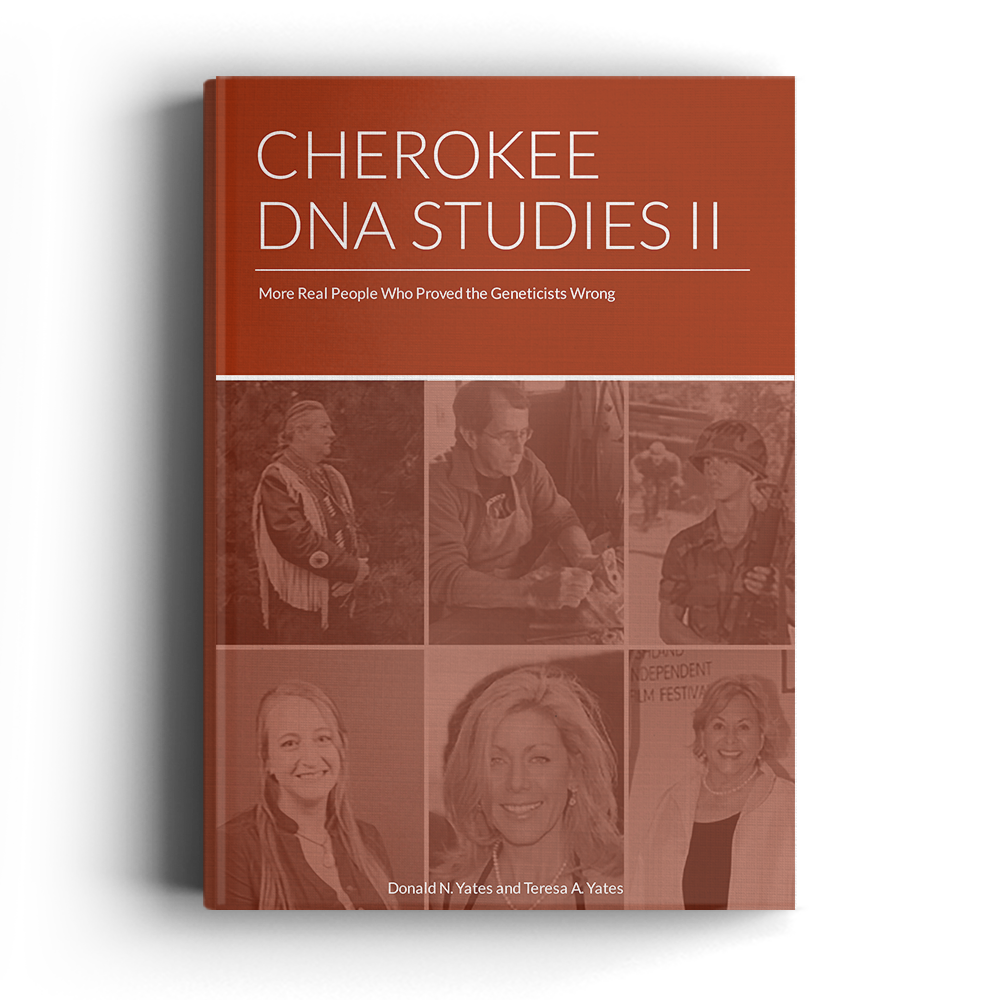 The monograph on the third and final phase of Cherokee DNA Studies and “anomalous” Cherokees with non-ABCD mitochondrial lineages by Donald and Teresa Yates continues to be delayed. One of the reasons has to do with recently rediscovered records, namely an 1826 letter exchange between Cherokee chiefs Charles R. Hicks (1767-1827) and John Ross (1790-1866).

These important documents were reportedly once in the Knoxville Public Library and Newberry Library in Chicago but are missing at the present time, according to Richard Thornton of the Apalache Foundation. They paint a radically different picture of Cherokee tribal origins from any prevailing version in official or academic sources today. Notably Jews, Egyptians and Phoenicians were among the early Cherokees. The tribe is said to have arrived from across the Atlantic as part of the Sea Peoples, in contradiction of the standard version of the peopling of the Americas.

Much of the contents of Letter One, in which Hicks summarizes tribal history for his prospective successor Ross just before his death, are covered in the first chapter of Hiwassee Island: An Archaeological Account of Four Tennessee Indian Peoples, first published in 1947 by Kneberg and Thomas. But for the most part the startling revelations of these chiefs (neither of whom seemed to have any Cherokee blood) are forgotten or suppressed today and need to be re-introduced into public knowledge.

Hicks’s account confirms in broad outline the history of the Cherokee set forth by me (Donald Yates) in books written beginning with Old World Roots of the Cherokee. In the new book based on Phase III of our studies, Ani-Kutani are the Greeks and Ani-Wodi are the Phoenicians.

In the meantime, Dr. Andrew Martin has agreed to write a forward, and prospective readers can whet their appetites on blog posts containing drafts of chapters or peruse the brief reviews here from people who have read advance copies.

Dr. Yates has some superb books describing the phenomena of admixture in Colonial times, such as Old World Roots of the Cherokee, The Early Jews and Muslims of England and Wales. He and his wife Teresa are in the process of writing a sequel to Cherokee DNA Studies: More Real People Who Proved the Geneticists Wrong, incorporating more modern history into the analysis, including the latest bombshell news about Cherokee and Creek migrations. He and I both received advanced degrees from Duke University, and both of us have roots in North Georgia and the Carolinas as well as Creek and other Southeastern Indian lines. Once again, my core belief that history explains DNA is supported, especially when we consider the effects of disease on populations. Keep up the great work.

Donald Yates and Teresa A. Yates will prove a valuable resource for cultural communities that have been misrepresented and/or marginalized in some of the scientific literature on ethnohistory.  I am not a geneticist; however, I have learned from experience how important it is to work with such citizens to correct previous mischaracterizations and public policy decisions regarding their history and heritage.  The authors have assembled a monumental collection of historical discoveries, genetics research, and real-life stories among reportedly Cherokee descendants; and this material boldly challenges prevailing orthodoxy about the Cherokee Nation.  Of course, I expect this book will generate strong reaction from the professional community.  However, many readers will cheer and cherish this collaborative, empathic analysis as they pursue their quest for identity and belonging.

History as It Should Be Written and Taught

As a trial lawyer for 40 years, I learned early to let only the facts and supporting evidence direct your search for the truth. If these lead to conclusions that are not popular or are even counterintuitive so be it.  Pre-conceived notions and “assumed logical sequences” usually lead to error and bad results. This is true in many sciences and social arts.

For years, Dr. Yates has waged a battle of facts against preconceived notions about Native Americans. In this second groundbreaking volume he and Teresa Yates score a resounding victory for all Cherokee descendants. It is nothing less than a shocking indictment of false science, robotic big-box genetics companies and cozy governmental relations. More Real People is personal, persuasive and powerful.

Today, you can hardly avoid hearing the tiresome cliché “think outside the box”—tiresome because in my estimation there’s never been a time with more “in the box” thinking. From where I sit, not many “thinkers” are thinking, and blind acceptance is on the rise. A notable exception to the same-old, same-old in public discourse is Donald N. Yates, historical researcher, multidisciplinary writer and DNA pioneer.

Everything I thought I knew about Jewish history was shattered when I read When Scotland Was Jewish, Jews and Muslims in British Colonial America and The Early Jews and Muslims of England and Wales. Logically and methodically in those classic treatments of genetics and genealogy, Yates and his co-author Elizabeth Caldwell Hirschman weave together up-to-the-minute scientific research with a creative vision of the place of Jews and Crypto-Jews in world history.

This sequel to Donald and Teresa Yates’ study of Cherokee DNA, subtitled “More Real People Who Proved the Geneticists Wrong,” is another brilliant sneak attack on received history. Assumptions are squashed and beliefs are unmasked, with wildly unpredictable outcomes. More long-buried truth is unearthed and excavated. Whether you have American Indian heritage or not, you will be fascinated by the investigative scope and rigor, the insights into pre-Columbian societies and the emotional quest for identity and meaning. Join the Yateses and their sixty DNA customers in an intellectual adventure of high color and importance!

Though this work addresses a particular group of people with perplexing DNA results, it is highly instructive to anyone who has found a surprise in their DNA report!

— Dr. Douglas Schar, medical botanist, ethnobotanical researcher and author of Thirty Plants That Can Save Your Life, Backyard Medicine Chest and Adaptogens in the Eclectic Materia Medica.