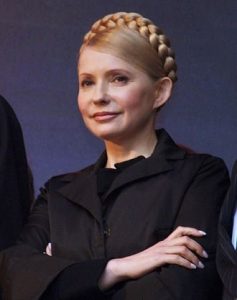 The territory of modern Ukraine has been inhabited since 32,000 BC. During the Middle Ages, the area was a key center of East Slavic culture, with the powerful state of Kievan Rus’ forming the basis of Ukrainian identity. Following its fragmentation in the 13th century, the territory was contested, ruled and divided by a variety of powers, including Lithuania, Poland, Austria-Hungary, the Ottoman Empire and Russia. A Cossack republic emerged and prospered during the 17th and 18th centuries, but its territory was eventually split between Poland and the Russian Empire, and finally merged fully into the Russian-dominated Soviet Union in the late 1940s.

Ukraine is currently in a territorial dispute with Russia over the Crimean Peninsula, which Russia annexed in 2014 but which Ukraine and most of the international community recognize as Ukrainian. Including Crimea, Ukraine has an area of 603,628 km2 (233,062 sq. mi), making it the largest country entirely within Europe and the 46th largest country in the world.

The country is home to 42.5 million people (excluding Crimea), 77.8 percent of whom are Ukrainians “by ethnicity”, followed by a sizeable minority of Russians (17.3 percent) as well as Georgians, Romanians/Moldovans, Belarusians, Crimean Tatars (who were forcibly deported to Uzbekistan and other Central Asian republics in 1944 and began returning to the Crimea in large numbers in 1989), Bulgarians and Hungarians. Historically, Ukraine had large Jewish and Polish populations, particularly in the Right Bank region (west of the Dnieper River). In fact, in the late 19th century slightly more than one-fourth of the world’s Jewish population (estimated at 10 million) lived in ethnic Ukrainian territory.

Ukrainians just as other Eastern Slavs have specific looks including grey eyes, ash-blond hair and medium tall stature which makes them popular in the west for various movies and episodes featuring Vikings and similar European historical groups.