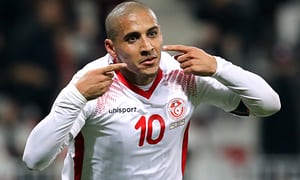 Tunisians are natives of Tunisia, the northernmost and smallest country in North Africa. Most are Berbers, a Caucasian people with some degree of Sub-Saharan African. The Tunisian Arabs are an Arab-Berber population whose own culture has been greatly influenced by those of Arabs, Berbers, and the French. Tunisian Arabs have three distinguishing characteristics: a large middle class, which is a rarity among Arab societies; an extremely youthful population; and a unique Tunisian-Arabic language, which is used in everyday communications.  After Tunisia won its independence from France in 1956, the departure of the French, Italians, and Jews left it with a homogeneous Arab-Berber population. Their everyday language is a colloquial Arabic dialect, but the French language is commonly used, especially for business and trade. Virtually all Tunisian Arabs are Muslim.