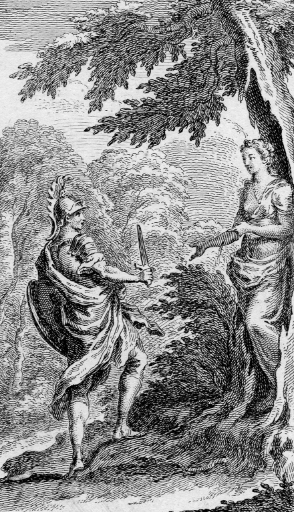 What if the real King Arthur was not the Christian hero we immediately think of but a pagan or Jew? Not a comedic King Arthur like the one inMonty Python and the Holy Grail whose possible worst peril was to battle knights who say “Ni.” Or T.H. White’s delightful and imaginary medieval England in “The Once and Future King,” where Arthur as a boy was turned into various creatures like a hawk by Merlin, so that he could learn to fly. That is clearly fantasy. So is Sean Connery as an older Arthur in The First Knight whose adversary is the philosophical Richard Gere as Lancelot.

But what if we could cut and paste some of the Arthurian legend and his tales in Avalon in a history book? This is not beyond possibility. There are historians who have either made the case for resurrecting King Arthur or who have not altogether discounted the possibility of a historical King Arthur. According to the distinguished historian, Geoffrey Ashe, in his book,The Discovery of King Arthur, he was “lucky enough to find a way through, and press on to a fruitful outcome”…giv[ing] Arthur a firmer status in history…mak[ing] him more interesting-more like his legend- than appeared probable a few years ago.”  And he says there are reasons to believe King Arthur may have had descendants. Perhaps King Arthur is in your family tree. Who knows?

Of course, we know the story. According to a recent BBC article, “King Arthur Tales ‘Penned in Oxford Chapel’,” the cleric, Geoffrey of Monmouth, wrote of King Arthur, and Guinever at St. George’s chapel. However, since he was also the standard for history on British kings, might he have not based it on something he knew that was a fact? He is best known for his work History of the Kings of Britain.

And if there was a real King Arthur, who was he? Even among historians who think a King Arthur is plausible, they do not agree on who the candidate is.

Ashe contends that he was a British king, Riothamus, who was on the continent during the correct time period (469-470) and whose career follows closely to the life of the King Arthur we are familiar with. Indeed, he was the “only British King who led an army into Gaul,” and he “disappears after a fatal battle, without any recorded death” among other coincidences. He argues that Riothamus was a title as its original form would have meant “High King” (96-97).

But there are others with different ideas. Stephen Knight, in his review of the historiographer, N.J. Higham’s, book King Arthur: Myth Making and History says Higham remains unconvinced that we will ever know if there is a King Arthur, or that it is important, but calling him an “agnostic” is not entirely dismissive of a historical King Arthur. However, he is “dismissive of Riothamus” and thinks the next more likely candidate is the historical figure Ambrosius Aurelianus. Aurelianus, according to Princeton University’s webpage, “Ambrosius Aurelianus,” was a “war leader of the Romano-Britsh against the Anglo-Saxons in the 5th century.” But Higham thinks the most likely candidate for King Arthur is Lucius Artorius Castos, a Roman military commander in the 2nd – 3rd century AD (L.A.Malcor in “The Heroic Age”). Unfortunately, Knight notes, although this is a well-researched book, he does not clarify the reasons for his choices.

As if there were not enough, what if one tosses in a bit of the Arabian Nights in the Arthurian legend? According to Donald Yates and Elizabeth Hirschman, in their upcoming book, The Earliest Jews and Muslims of England and Wales, Arthur might have Arabic and North- African roots:

The origin of the name Arthur has been endlessly debated. It is almost certainly not “Celtic,” neither from a P or Q dialect, and cannot be traced further back than post-Roman times. The center of gravity for its appearance is the sixth century. In 1998, archeological excavations at sixth-century Tintagel brought to light a find subsequently dubbed the Arthur Stone, mentioning the name Artognou, claimed to be cognate. Although the reading is questionable perhaps this inscription and milieu are on the right track.

Arthur’s name has become something of a grail quest for modern researchers. Other theories derive the name from Artorius (Roman or Messapic), Arnthur (Etruscan), Arcturus (the “bear star”) or *Arto-uiros in Brittonic (“bear man”).

Perhaps the Gordian knot of the difficulty can be cut if we consider that many of the names in early Welsh history have Arabic and North African roots.

And perhaps we can one day trace the ancestry of King Arthur for sure. Celtic? British? Cornish? English? North African? Roman? Sephardic Jewish? Pick one or more.

Photo:  King Arthur in an eighteenth-century illustration for a play by John Dryden shows him in antique Roman costume. Copyright The Trustees of the British Museum.