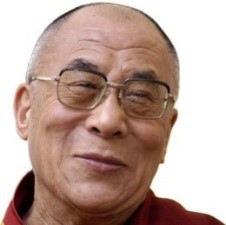 The Himalayan country of Tibet is situated between India and China and contains ethnic groups from both in addition to its own majority population of Tibetans.

The history of a unified Tibet begins with the rule of Songtsen Gampo (604–650 CE), who united parts of the Yarlung River Valley and founded the Tibetan Empire. He also brought in many reforms, and Tibetan power spread rapidly, creating a large and powerful empire. It is traditionally considered that his first wife was the Princess of Nepal, Bhrikuti, and that she played a great role in the establishment of Buddhism in Tibet. With the fall of the empire the region soon divided into a variety of territories. The eastern regions of Kham and Amdo often maintained a more decentralized indigenous political structure, being divided among a number of small principalities and tribal groups; most of this area was eventually incorporated into the Chinese provinces of Sichuan and Qinghai. The current borders of Tibet were generally established in the 18th century. The region subsequently declared its independence in 1913 without recognition by the subsequent Chinese Republican government. Later, Lhasa took control of the western part of Xikang, China. The region maintained its autonomy until 1951 when, following the Battle of Chamdo, Tibet became incorporated into the People’s Republic of China, and the previous Tibetan government was abolished in 1959 after a failed uprising. Today, China governs western and central Tibet as the Tibet Autonomous Region while the eastern areas are now mostly ethnic autonomous prefectures within Sichuan, Qinghai and other neighboring provinces.

Tibet – Luoba represents 93 unrelated individuals of Luoba ethnic minority in Tibet with known ancestors until at least the third generation who were sampled in 2005 by Jiaotong University, Xi’an in China.