The Helen Gene was the first of our ancient genes to show a seaborne distribution pattern. Most geneticists have a blind spot about disjoint or discontinuous patterns of human migration. The Odin Gene is the second of these fascinating ancient markers.

Odin, sometimes Voden, Woden, Wotan, Votan or Wuotan, means “furious, inspired, mad” according to its Indo-European root. Germanic and Anglo-Saxon kings often traced their genealogy to the warrior-god, and he may also have been the namesake for Homer’s well-traveled, wizardly hero Odysseus. The Odin Gene is clearly a marker from the extreme north of Europe. It is minimally present in Africa, rare in Asia. In South Africa, 40.3% of whites have it, as against only 1.0% of blacks. In Norway it has a frequency of 34.7% and in Sweden 35.9%. It is believed to have been seaborne in its spread, for it is found as far away as the Caribbean, South America and Polynesia. The incidence in Scandinavian countries is about the same as Cherokees (33.3% for Enrolled, 36.3% for Admixed), Melungeons (35.0%) and the U.S. white population at large (36.8%). Among American Indian groups, it occurs in California’s Miwok Indians at the rate of 34.9%, in Creek or Muskogean Indians at 25% and in Mexico’s Nahuatl-speaking Huichols at about the same percentage. Its high incidence in Miwok Indians could stem from their tribal land on San Francisco Bay having beaconed as a haven for European and other voyagers to resupply their water, repair ships and enjoy some shore leave with the local women. In Europe the leading populations carrying the Odin Gene are: Austrians, Belgians and Swedes (36%), Northern Irish (36%), Scots (34-35%) and English/Welsh (33%).

The Odin Gene is linked to haplogroup U5.

In remote times, U5 was the most common maternal lineage among European hunter-gatherers, notably in the Sami people and others of northern climes who either did not or could not adapt to agricultural ways of life. U5 is absent from Southwest Asia and very low in most of the Middle East. Ancient DNA samples show us that U was more prevalent and indeed dominant in Europe in earlier times. The majority of ancient Latvian skeletons, including those from the Bronze Age hillfort site of Kivutkalns, are U4 and U5.The people of Kivutkalns like others in the North clung to the old ways of a hunter-gatherer society even in the Bronze Age between 230 and 810 BCE. 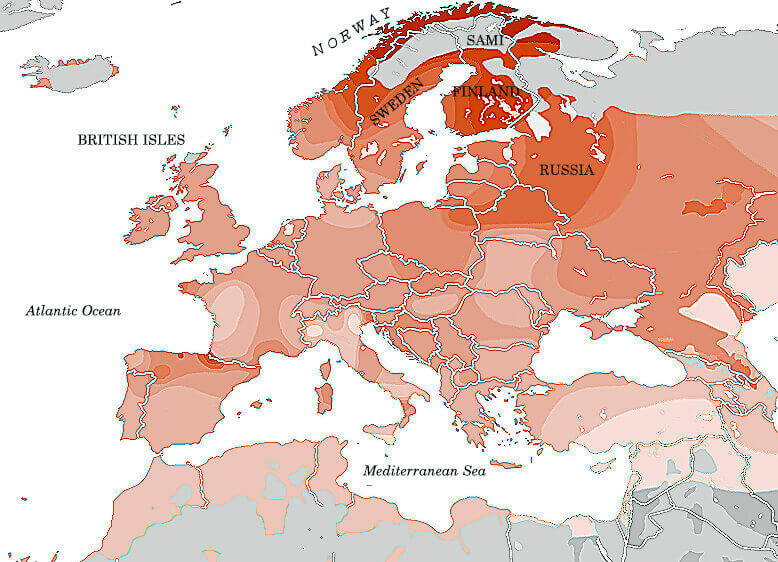 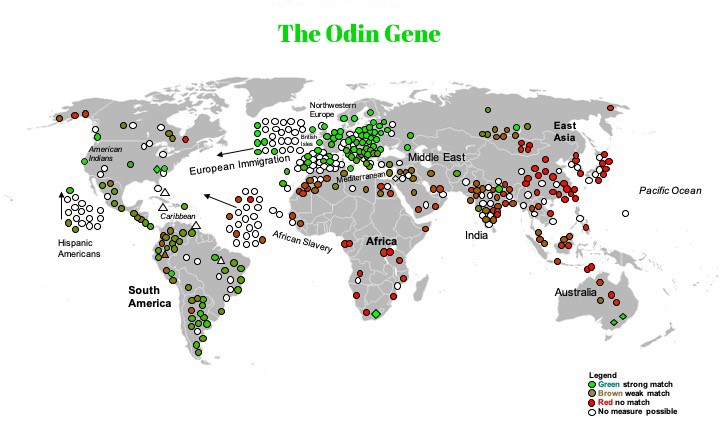 More Information on the Odin Gene