Did the Chinese Settle in Northern Mexico and the American Southwest? 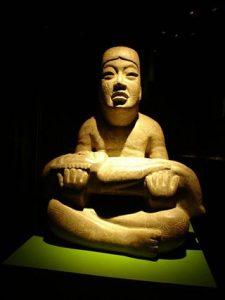 We had just finished a meal of delicious fish tacos at what was to become our favorite Mexican restaurant on the Southside of Phoenix. The cook and owner was a lady from Sinaloa. She asked what I did for a living, and when I told her DNA testing, she immediately said, “I imagine our DNA in Mexico is a combination of Spanish, Indian and Chinese, right?”

Her frankness took me aback. I have read all that Bancroft, Menzies, Thompson, Mertz, Stewart and others have to say on the pre-Columbian Chinese presence. Our favorite source is actually a book little read today but excellent and authoritative. Fusang: The Chinese Who Built America was published in 1979 by the impeccable American historian of multiculturalism, Stan Steiner. He covers the subject very thoroughly and definitively in Book One:  The Chinese Who Discovered America, beginning with the Buddhist missions to America in 441 C.E.

Recent contributions by Charlotte Harris Reese continuing the scholarly work of her father Hendon M. Harris, Jr., (The Asiatic Fathers of America) have literally put Chinese exploration and settlement on the map, if not in the textbooks.

What will it take to persuade people of the fact of Chinese visits and even colonization and influence? Evidently, more than a steady stream of respected bestsellers and blockbuster exhibitions at the nation’s capital.

Yet as Steiner notes in his introduction (p. xi), “The mysteries of history are only mysterious to those who are ignorant of them.”  Perhaps DNA could help dress up an old topic and make even the willfully ignorant take notice?

Alu insertions are short stretches of DNA implicated in the study of disease. They provide useful markers for the study of inter-population affinities and historical processes.  Data on these systems are not numerous in Native Americans and related Asiatic populations. What has been published is highly specialized and not for the faint of heart.

Haplotype studies have occasionally found Asian types in the New World, though these anomalies are usually brushed aside. That not more attention has been paid to them is surprising in the light of ancient “Amerindian” DNA. One of the oldest and perhaps most leading pieces of evidence came from a 5,000-year-old burial in China Lake, British Columbia (!). The two individuals were both mitochondrial haplogroup M, a type that is widely distributed and even dominant in parts of Asia today. But the discoverer, a genetics professor, despite the fact that he was of Asian ancestry himself, could not bring himself to regard the individuals as having Asian ancestry. He timorously concluded only that “the founding migrants of the Americas exhibited greater genetic diversity than previously recognized” (p. 642). See “Mitochondrial Haplogroup M Discovered in Prehistoric North Americans.”

M is the single most common mtDNA haplogroup in Asia, according to Kivisild et al. (“The Emerging Limbs and Twigs of the East Asian mtDNA Tree”). It peaks in Japan and Tibet, where it represents about 70% of the maternal lineages and is pervasive in India, where it has approximately 60% frequency. Among the Chinese, haplogroup M accounts for approximately 50% of all people.

In our own studies of Sephardic haplotypes, we found a not-insignificant number of cases of O3, a pure Asian type, for instance, Burquez (Mexico) and Ronquillo (New Mexico); see chapter 3, “Sephardim in the New World,” in Jews and Muslims in British Colonial America (2012). Unbroken Chinese descent from Native American males marrying Mexican women is a more natural explanation than far-wandered Chinese merchants among the Spanish settlers.

We look forward to investigating the female lineages among the colonial populations especially of New Mexico, Sonora, Sinaloa, Nayarit, Jalisco, Colima and Michoacán. In the meantime, it occurs to us that perhaps autosomal DNA may harbor some of the answers.

Stay tuned for our next post, which will report an investigation of three autosomal markers that could provide solid evidence for Chinese DNA buried in the genetic record of West Mexico and the American Southwest.

Photo above:  Greenstone figure of a youth holding a limp were-jaguar baby, found in the Mexican state of Veracruz in the Olmec heartland, is East Asian looking to most people. No one has doubted its authenticity. Wiki Commons.