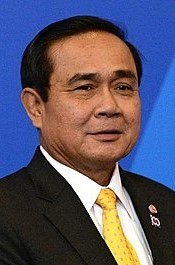 Thailand is officially known as the Kingdom of Thailand and was formerly known as Siam. It is the only Southeast Asian country to avoid direct Western rule.

The peopling of Thailand is the complex story of many different ethnic groups that eventually blended together into one. Migration from southwest China into southeast Asia began in the 11th century. However, there is evidence of continued human habitation in present-day Thailand from 20,000 years ago. Documented European contact began in 1511 with a Portuguese diplomatic mission to Ayutthaya, one of the great powers in the region.

The Thai population data represent DNA samples from 300 unrelated Southeast Asian individuals in the Kingdom of Thailand who had requested paternity testing. Samples were obtained by a) the Dept. of Pathology in the Faculty of Medicine, Ramathibodi Hospital, at  Mahidol University in Bangkok; and b) the Clinical Pathology Section of the Regional Medical Science Center, Nakhonrachasima, in the Dept. of Medical Science and the Ministry of Public Health for Nakhonrachasima, Thailand.

Thai represents 210 unrelated Thai individuals who were sampled in 2005 by the Mahidol University in Bangkok, Thailand.