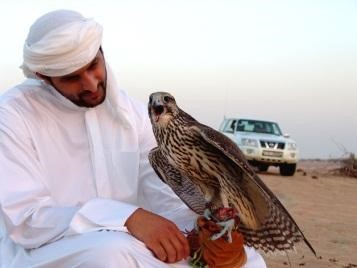 Moroccan Arabs are subjects of the Kingdom of Morocco who identify as Arab. Arab culture is in the majority in this country, often displacing the native Berber or Amazigh culture.

The Spanish Moroccan – Moroccan Arabs population data represent DNA samples from 47 individuals who had all four grandparents born in the North African nation officially known as the Kingdom of Morocco. Thirty of the subjects lived in central Morocco, and the rest were Moroccans that lived in Barcelona, Spain. Samples were obtained by the National Center of Blood Transfusion in Rabat, Morocco.

From Arab, Moroccan in Morocco:

The ancestors of the Moroccan Arabs originated in the Arabian Desert. From there, they gradually immigrated into northern Africa. Over the centuries, the Arabs have become somewhat intermingled with the Berbers, and this has influenced their way of life. Nevertheless, the two groups have remained distinct. Socially, there are two contrasting groups of Moroccan Arabs: those living in cities and those in rural areas. Most of the city-dwellers descended from the Moors; whereas, the rural-dwellers are considered “Arabized Berbers.” Several classes have formed among the rural Arabs, which include nobles (alleged descendants of Mohammed), large landowners, peasants, and tenant farmers.

The Moroccan Arabs live mainly in the north and west portions of Morocco, and they prefer living in the more fertile regions near the Mediterranean Sea. They make up less than half of the country’s population and their language is called Maghribi. Most are rural peasants. Therefore, farming is their way of life. Because the Arabs are fond of grains, they produce and consume large amounts of barley, wheat, and cereals. In areas where water is plentiful, they grow other staples such as tomatoes, potatoes, beans, and peas, plus an abundance of grapes, olives, oranges, peaches, and pears. Most of the rural peasants raise chickens, goats, and sheep as a supplemental food source for milk, eggs, butter, and meat. The coastal areas of the Atlantic Ocean and the Mediterranean Sea are becoming increasingly more urbanized. However, many Moroccan Arabs still live there in small towns and villages. A few have expensive villas, while most live in slums. Rural towns are surrounded by walls with towers and a fortified gate, and devoted mainly to commerce. Lining the narrow streets are rectangular homes made of adobe and stone with interior courtyards and flat roofs. In mountain villages, rectangular homes have a framework of poles, walls of earth or dry stones, and thatched roofs. These homes are portable and easily moved during nomadic seasons. Arab society is both patriarchal (male-dominated) and patrilineal, which means that the male lineage is given more honor and all inheritances are passed down through the males. Whether in towns or villages, women and men have distinct jobs. In the villages, men work the fields, herd the animals, and provide protection, while the women do housework and care for the children. Village women also milk the cows, goats, and sheep, and make butter. In the cities, women never work outside their homes. Traditional roles exist, but are being influenced by western culture. Life for the Moroccan Arab centers on important ceremonies such as birth, marriage, and death. A boy also celebrates his first haircut and circumcision. The most elaborate of all ceremonies is the wedding. To preserve their people, the Moroccan Arabs only marry those inside their own group.