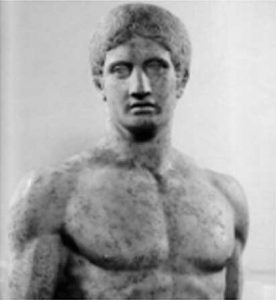 Is there a DNA signature for people of Cherokee descent?  What about other tribal varieties? These and other fundamental questions are once more in the forefront of DNA research as “next-generation ancestry testing” emerges in the direct-to-consumer marketplace.

Next-generation DNA ancestry testing succeeds “SNP chip” technology as the newest autosomal method for solving long-standing challenges. (For a comparison of methods, see our blog post, “Do You Know Your European Origins?”) One of the champions of next-generation autosomal haplotyping, who has emerged as the bête noire of both the orthodox and the Orthodox, is Eran Elhaik.  A half-Italian, half-Iranian Israeli Jew, Elhaik worked and trained in Israel and the United States and is currently lecturer in genomics at the University of Sheffield.

From exploding the myth of biological Jewishness and refuting the so-called Rhineland thesis of Jewish origins to helping improve the information of ancient archeological DNA and helping develop a genetic analysis tool that steers admixed persons to their primeval villages of origin, the thirty-something wunderkind has drawn plaudits and potshots from all quarters.

Their pioneering statistical work on population change through GLOBETROTTER software redefined haplotyping so that we can now speak routinely of autosomal haplotypes whereas the term used to be restricted to male (Y chromosome) and female (mitochondrial) lineages.

The same British and German geneticists observed admixture processes following in the wake of the Mongol hoards, the Arab slave trade and Bantu expansions in Africa. They thought that these tools for dating the age of admixture were effective for at least the last 4,000 years, when populations of importance to all countries and cultures on earth today were formed, and they noted that most of the admixture events of history have thus far passed as invisible and unknown.

We eagerly seized on Hellenthal et al’s admixture tools and published“Admixture in Pima Includes Greek and Sardinian:  Genetic Signature of the Minoans, Sea Peoples and Other Mediterranean Peoples in the Southwest?” in this space, March 22, 2015.