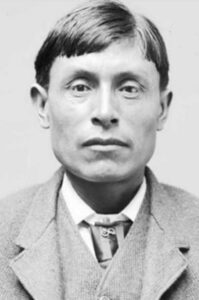 From the seventeenth century, the Shawnee resided in or ranged over what became the Eastern United States and were one of the fiercest obstacles to British and American settlement. Their original territory made up Pennsylvania, Kentucky, Tennessee, West Virginia, Virginia, Ohio, Indiana, Illinois, and neighboring states. They occupied and traveled through lands ranging from Canada to Florida, and from the Mississippi River to the eastern continental coast. To the other Algonquian tribes with which they shared the land or warred some were known as the Southerners.

During certain periods of their displacement to the west, large Shawnee groups lived in Missouri and Kansas. For a time, the federal government lumped some of them together with Cherokee on the rolls.

Today, there are, in addition to one state-recognized Shawnee tribe and non-enrolled Shawnees, the following three federally recognized tribes:

Absentee-Shawnee Tribe of Indians of Oklahoma (about 3,000, two-thirds of whom live in Oklahoma)

Eastern Shawnee Tribe of Oklahoma (about 3,700, one-quarter of whom reside in Oklahoma)

Shawnee Tribe (also known as “Cherokee Shawnee” and Loyal Shawnee, about 3,800, almost one-half of whom reside in Oklahoma.

The State of Alabama recognizes the Piqua Shawnee Tribe, headquartered in Oxford, Alabama.

The DNA Consultants database was increased in July 2022 by two in-house forensic populations, U.S. Shawnee Enrolled (n=24) and U.S. Shawnee Admixed (non-enrolled, n=53). See the announcement from September 24, 2021 for details. Participants in the former are composed about equally of enrolled members of the three federally recognized tribes. Participants in the second study had their Shawnee genealogies vetted by an expert team of specialists in a process that included extensive chromosome mapping. Both projects were administered by Dorene Soiret, an independent genetic genealogy expert.