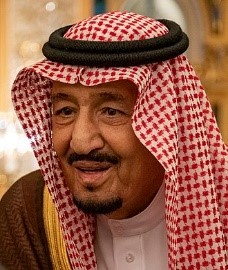 The oil-rich Kingdom of Saudi Arabia is a sovereign state in Western Asia constituting the bulk of the Arabian Peninsula. With a land area of approximately 2,150,000 km2 (830,000 sq mi), Saudi Arabia is geographically the largest sovereign state in the Middle East. The prehistory of Saudi Arabia shows some of the earliest traces of human activity in the world. The world’s second-largest religion, Islam, emerged in modern-day Saudi Arabia. In the early 7th century, the Islamic prophet Muhammad united the population of Arabia and created a single Islamic religious polity. Following his death in 632, his followers rapidly expanded the territory under Muslim rule beyond Arabia, conquering huge and unprecedented swathes of territory (from the Iberian Peninsula in the West to modern-day Pakistan in the East) in a matter of decades. The emergence of what was to become the Saudi royal family, known as the Al Saud, began in Nejd in central Arabia in 1744, when Muhammad bin Saud, founder of the dynasty, joined forces with the religious leader Muhammad ibn Abd al-Wahhab, founder of the Wahhabi movement, a strict puritanical form of Sunni Islam.

Saudi Arabian represents 73 unrelated Saudi Arabians who were sampled in 2004 by the Dubai Police, US FBI, and Strathclyde University in the UK.