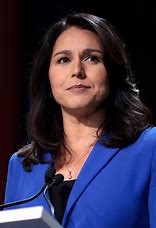 Samoa, officially the Independent State of Samoa and until 1997 known as Western Samoa, is a Polynesian island country consisting of two main islands, two smaller, inhabited islands (Manono and Apolima), and several smaller, uninhabited islands. The capital city is Apia. The Lapita people discovered and settled the Samoan Islands around 3,500 years ago. They developed a Samoan language and Samoan cultural identity.

Contact with Europeans began in the early 18th century. Jacob Roggeveen, a Dutchman, was the first known non-Polynesian to sight the Samoan islands in 1722. This visit was followed by French explorer Louis-Antoine de Bougainville, who named them the Navigator Islands in 1768. Contact was limited before the 1830s, which is when English missionaries, whalers and traders began arriving. In A Footnote to History: Eight Years of Trouble in Samoa (1892) Robert Louis Stevenson detailed the activities of the great powers battling for influence in Samoa – the United States, Germany and Britain.

The Second Samoan Civil War reached a head in 1898 when Germany, the United Kingdom, and the United States were locked in dispute over who should control the Samoan Islands. Germany, the United Kingdom and the United States quickly resolved to end the hostilities and divided the island chain at the Tripartite Convention of 1899. The eastern island-group became a territory of the United States and was known as American Samoa. The western islands, by far the greater landmass, became German Samoa. It continued to administer the islands as a mandate and then as a trust territory until 1962, when the islands became the first Polynesian nation to reestablish independence in the 20th century. The country dropped the “Western” from its name in 1997. American Samoa continues as a United States territory.

Samoa represents 95 individuals who were identified by biogeographic information traced back at least two generations. Each collection was arranged through the leaders of each region and supervised by the same. The samples were amplified by PCR using the commercial AmpFISTR Identifiler kit.