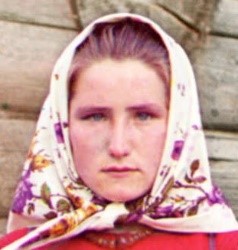 Veliky Novgorod, also known as Novgorod the Great, or Novgorod Veliky, or just Novgorod (meaning “newtown”), is one of the oldest historic cities of Russia, with more than 1,000 years of history. The city serves as the administrative center of Novgorod Oblast and lies along the Volkhov River. The “Veliky” (“great”) part was eventually added to the city’s name to differentiate it from another city with a similar name, Nizhny Novgorod (“lower newtown”).

The Charter of Veliky Novgorod recognizes 859 as the year when the city was first mentioned. Four Viking kings—Olaf I of Norway, Olaf II of Norway, Magnus I of Norway, and Harald Hardrada—sought refuge in Novgorod from enemies at home. No more than a few decades after the 1030 death and subsequent canonization of Olaf II of Norway, the city’s community had erected in his memory Saint Olaf’s Church in Novgorod.

Novgorod is traditionally considered to be a cradle of Russian statehood. At its peak during the 14th century, the city was the capital of the Novgorod Republic and was one of Europe’s largest cities.

The city is known for the variety and age of its medieval monuments. The foremost among these is the St. Sophia Cathedral, built between 1045 and 1050 under the patronage of Vladimir Yaroslavich, the son of Yaroslav the Wise; Vladimir and his mother, Anna Porphyrogenita, are buried in the cathedral. It is one of the best-preserved churches from the 11th century. It is also probably the oldest structure still in use in Russia and the first one to represent original features of Russian architecture (austere stone walls, five helmet-like domes).

Russia-Novgorod represents 59 individuals from the European region of the Russian Federation who were sampled in 2007 by the Russian Academy of Sciences in Moscow using the Power Plex 16 System.