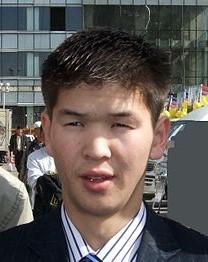 The Mongols are an East Asian ethnic group native to Mongolia and to China’s Inner Mongolia Autonomous Region. Today, the majority of Mongols live in the modern state of Mongolia, China (mainly Inner Mongolia and Xinjiang), Russia, Kyrgyzstan and Afghanistan. Mongolian people belonging to the Buryat and Kalmyk subgroups live predominantly in the Russian federal subjects of Buryatia and Kalmykia.

The Mongols are bound together by a common heritage and ethnic identity. Their indigenous dialects are collectively known as the Mongolian language. The ancestors of the modern-day Mongols are referred to as Proto-Mongols. They gained fame in the 13th century when under Chinggis (Ghengis) KHAN they conquered a huge Eurasian empire. After his death the empire was divided into several powerful Mongol states, but these broke apart in the 14th century. The Mongols eventually retired to their original steppe homelands and in the late 17th century came under Chinese rule. Mongolia won its independence in 1921 with Soviet backing.

The introduction of perestroika and glasnost in the USSR by Mikhail Gorbachev strongly influenced Mongolian politics leading to the peaceful Democratic Revolution of 1990. This, in turn, allowed the country to begin engaging in economic and diplomatic relations with the Western world. The nation finished its transition from a communist state to a multi-party capitalist democracy with the ratification of a new constitution in 1992.

Russian – Mongol represents 42 individuals from South Siberia who were sampled in 2007 by the Russian Academy of Sciences in Moscow.