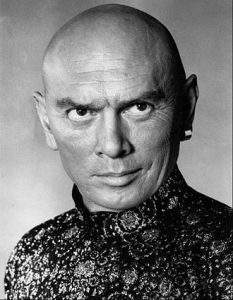 The Buryats are a Mongolic people numbering approximately 500,000. They comprise the largest indigenous group in Siberia. The majority of the Buryat population lives in their titular homeland, the Republic of Buryatia, a federal subject of Russia near Lake Baikal. The capital of the Buryat Republic is Ulan-Ude. Buryats share many customs with other Mongols, including nomadic herding, and erecting gers for shelter. They speak a central Mongolic language called Buryat. Prior to the arrival of the Russians, Buryats lived in semi-nomadic groups scattered across the steppes. Kinship was immensely important in Buryat society, both in spiritual and social terms. All Buryats traced their lineage to a single mythical individual, with the particular ancestor varying based upon geographical region. Kinship also determined proximity, as neighbors were nearly always related. Groups of relatives that inhabited the same grazing land organized themselves into clans based on genealogy. While coalitions between clans did occur, they were infrequent and often relied on looser interpretations of kinship and relations.

After Buryatia was incorporated into Russia (the territory and people were formally annexed to the Russian state by treaties in 1689 and 1727, when the territories on both the sides of Lake Baikal were separated from Mongolia) it was exposed to two traditions – Buddhist and Christian. Buryats west of Lake Baikal and Olkhon (Irkut Buryats), are more “russified”, and they soon abandoned nomadism for agriculture, whereas the eastern (Transbaikal) Buryats are closer to the Khalkha, may live in yurts and are mostly Buddhists. In 1741, the Tibetan branch of Buddhism was recognized as one of the official religions in Russia, and the first Buryat datsan (Buddhist monastery) was built.

Russian – Buryat Mongol represents 78 individuals from South Siberia who were sampled in 2007 by the Russian Academy of Sciences in Moscow.