The popular image of Scotland is dominated by widely recognized elements of Celtic culture. But could it be that a significant non-Celtic influence on Scotland’s history has been largely ignored or unknown for centuries? This book argues just such a case, maintaining that much of Scotland’s history and culture from 1100 forward is Jewish. The authors provide evidence that much of the population, including several national heroes, villains, rulers, nobles, traders, merchants, bishops, guild members, burgesses, and ministers, were of Jewish descent. They describe how the ancestors of these persons originated in France and Spain and then made their way to Scotland’s shores, moors, burgs and castles from the reign of Malcolm Canmore to the aftermath of the Spanish Inquisition.

It is proposed here that much of the traditional historical account of Scotland rests on fundamental interpretive errors, and that these errors have been perpetuated in order to manufacture and maintain an origin for Scotland that affirms its identity as a Celtic, Christian society. This equation of Scotland with Celtic culture in the popular (and academic) imagination has buried a more accurate and profound understanding of its history. 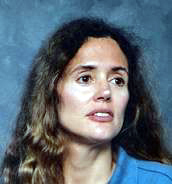 Elizabeth Caldwell Hirschman is a professor of marketing at Rutgers University.

Donald N. Yates is the founder of DNA Testing Systems. He lives in Phoenix.

Praise for When Scotland Was Jewish

The authors’ talents, learning, and specialized skills come together in a brilliant synthesis proving once again that the world we think we know is still very much terra incognita. –Yael in Good Reads

Fascinating! The DNA evidence may be the clincher. —Ancestry Worship Genealogy

Provocative and well worth reading. This volume will enrage some, puzzle others, and hopefully open some new avenues for thought and inquiry. –Geoffrey Brown