The Eighth Arrow: Wisdom and Storytelling from Tennessee’s Tihanama People

The Eighth Arrow: Wisdom and Storytelling from Tennessee's Tihanama People

One of the last migratory American Indian tribes, the Tihanama people of Tennessee ranged from the Great Lakes to the Florida Panhandle. Other Southeastern peoples called them the Big Medicine tribe. They were known for their legends, antiquity, trail markings, knowledge of herbs, funeral ceremonies, songs, paints and dyes. This collection by Donald Panther-Yates is as unique as its subject—there is no other like it. The Eighth Arrow story will completely alter your understanding of Native American spirituality. It may change your life. 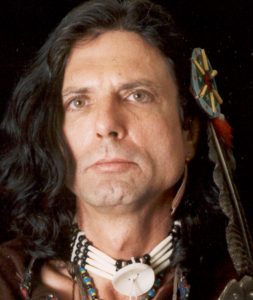 In 1996, Donald Panther-Yates closed the door of his office on Music Row and drove to the home of Chief Two White Feathers and his wife, Talking Eyes, in the Cumberland Mountains. Going off the grid, Panther-Yates lived with the spiritual practitioner and his family, learning the lifeways and languages, arts and crafts, ceremonies, beliefs and stories of the Tihanama.

When he returned to “the white world,” he published an ebook with Tuscany Global collecting the seer tradition and medicine lore he had encountered at Resting Eagle, the Tihanama’s last campground. The publication became a treasured find for spiritual seekers.

Now that both Chief Two White Feathers and Talking Eyes are gone on the Long Walk, Panther’s Lodge is pleased to bring out a revised version of The Eighth Arrow in a deluxe, hardbound edition.

The Eighth Arrow: Wisdom and Storytelling from Tennessee’s Tihanama People

One of the last migratory American Indian tribes. (Hardcover and PDF)

Donald Panther-Yates is an American genealogist, author and DNA investigator. He was born July 9, 1950 in a North Georgia town where his grandparents were farmers and his father ran a grocery store. His genealogical memoir The Bear Went over the Mountain (Cherokee Press, 1995) drew on stories, courthouse records and then-scarce family history publications in the days before the Internet, as well as on literary sources like W.J. Cash’s The Mind of the South. The Eighth Arrow was his second book. He lives in Colorado with his wife Teresa.