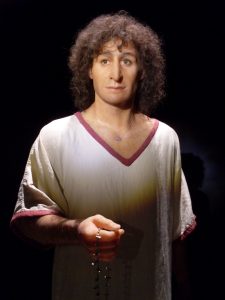 The poet William Butler Yeats’ grandfather William Pollexfen (1811-92) claimed the Cornish and Devonshire Pollexfen family was descended from Phoenician seafarers. The Paint Clan of the Cherokee and forebears of Melungeons are supposed to be Phoenician in origin. One of our customers says a Lebanese-American friend of her and her husband boasts of Phoenician genes and attributes his success in entrepreneurship to them.

Phoenician memories go back to the very name Britain, which means Tin Isles in the Phoenician language. The west of the island is noted for its unusual Mediterranean lineages, such as the paternal haplotype T of Thomas Jefferson, traced to Wales and identified by many genealogists with that of Charlemagne.

Phoenician descent until recently has seemed to belong to the realm of unprovable family legend and arrant fantasy. But with the new Canaanites of Sidon ancient DNA test, people are able to directly compare their personal genome with the actual DNA of five Phoenician skeletons from the coastal Lebanese Phoenician heartland city of Sidon, dating to around 1700 BCE. I myself got above an eight percent match on average with Bronze Age Phoenicians. My highest match was to Elissa, whose mitochondrial type is K1a2, and whose name means “my god is abundance.”

My Phoenician affinity is slightly higher than results of the Ancient Israelites Test (7.6%) but not as high as Minoans and Mycenaeans (9.5%). Before exploring ancient DNA, I was not aware of being anything but about one-fourth Welsh and English, one-fourth Scottish, one-fourth Native American (Cherokee, Creek, Choctaw) and one-fourth “miscellaneous” (Irish, Dutch, Flemish, French, German, Jewish).

When he was 77 years old, Jefferson wrote in his diary, “‘The tradition in my father’s family is that their ancestors came to this country from Wales, from the region of Snowdon, highest mountain in Great Britain.” The copper mines of Gwyneth have been worked since antiquity and the region is famous for its high incidences of Mediterranean DNA types, such as E, J and T.

History has not been kind to the Phoenicians. They called themselves Canaanites, though this designation was not applied to them alone. Only a few lines of their language survive, even though they are credited with inventing the alphabet we use today. The Bible says the Israelites wiped out the “sons of Canaan” upon taking possession of the Promised Land. Tantalizing mentions of them occur in Egyptian, Assyrian, Babylonian and Greek writings, where they are named as Sidonians or people of Tyre (another of their cities in Lebanon). The Roman general Scipio Africanus set fire to their navy and allegedly sowed salt in the fields of their western capital at Carthage in Tunisia in 146 BCE.