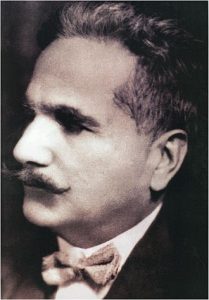 Pakistan sits at the crossroads of the strategically important regions of South Asia, Central Asia and the Middle East.  The majority of southern Pakistan’s population lives along the Indus River. Karachi is its most populous city.

The territory that now constitutes Pakistan was the site of several ancient cultures and intertwined with the history of the broader Indian subcontinent. The ancient history involves the Neolithic site of Mehrgarh and the Bronze Age Indus Valley Civilization and was later home to kingdoms ruled by people of different faiths and cultures, including Hindus, Indo-Greeks, Muslims, Turco-Mongols, Afghans, and Sikhs. The area has been ruled by numerous empires and dynasties, including most recently, the British Empire. Pakistan is the only country to have been created in the name of Islam. As a result of the Pakistan Movement led by Muhammad Ali Jinnah and the Indian subcontinent’s struggle for independence, the sovereign state of Pakistan was created in 1947 as an independent homeland for Indian Muslims. It is an ethnically and linguistically diverse country, with a similarly diverse geography and wildlife. Initially a dominion, Pakistan adopted a constitution in 1956, becoming an Islamic republic. An ethnic civil war in 1971 resulted in the secession of East Pakistan as the new country of Bangladesh.

Pakistani represents 220 unrelated Pakistanis living in Dubai who were sampled in 2004 by the Dubai police, US FBI, and Strathclyde University, UK.