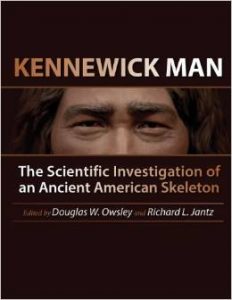 The most important human skeleton found in North America has finally been given a reprieve from legal obstacles to be studied and the resulting information published. In an article by Douglas Preston in Smithsonian Magazine titled “The Kennewick Man Finally Freed to Share His Secrets,” the amazing story of the 9,000 year-old skeleton—and the enormous lengths to which the government and tribal protesters went to block it—is told for the first time.

And what a story it is, whether you consider the astounding new evidence it provides for a completely new version of the peopling of the Americas or the shocking tale of government and Native American obstruction. In both narratives, Douglas Owsley a physical anthropologist at the National Museum of Natural History in Washington, is the hero. He became the key plaintiff in a decades-long legal battle that cost taxpayers “at a bare minimum . . . $5 million.” And he is the lead editor in the long-awaited scientific monograph from Texas A&M University Press appearing next month, Kennewick Man:  The Scientific Investigation of an Ancient American Skeleton.

Kennewick Man appears to have resembled an Ainu or Mauri fisherman, stocky, bearded, light-skinned, belonging to an ancient sea-faring race from Southeast Asia that first colonized the Americas about 15,000 year ago. His story, replete with details on how he lived and died, turns the traditional account of American prehistory on its ear. The people we call Native Americans did not come until later, much later. “An ancient population of seafarers … were America’s original settlers,” writes Preston.

This is not an absolute get-out-of-jail-free card for Kennewick Man, however. The defenders in the suit have fought and continue to fight letting the scientists study the skeleton’s teeth and DNA. And Native American tribes like the Umatilla still cling to their “deeply held religious beliefs,” which would demand that the skeleton be reburied in a secret location according to the Native American Graves and Repatriation Act and completely lost to science.

No one will ever know the exact circumstances of Kennewick Man’s burial 9,000 years ago in what is now southeast Washington State because the government finessed this issue several years ago. When the scientists asked for permission to examine the site where Kennewick Man was found, even as Congress was readying a bill that would require the site’s preservation, the Corps of Army Engineers dumped “a million pounds of rock and fill over the area for erosion control, ending any chance of research.”

The government was found to have engaged in many other acts of blatant bad faith. A judge in 2004, John Jelderks, awarded attorney’s fees of $2,379,000 to [Owsley’s lawyer Alan] Schneider and his team.”

The keepers of Kennewick Man still refuse to let the scientists analyze the spearpoint that was buried in the skeleton’s hip.

Perhaps if scientists declared that a search for truth was part of their “deeply held religious beliefs” they might make better headway . . . .