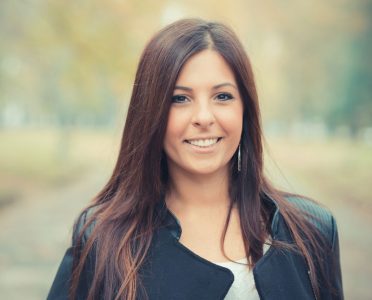 An administrator has been appointed to coordinate volunteer DNA testing in an important new initiative, said Roland Belanger, a Montagnais Metis elder and retired teacher in Metis First Nation and Member of the Ontario Coalition of Indigenous People.

The timeliness of the project underscores a recent reaffirmation of the so-called Powley decision enshrined in Canada’s constitution, which determined the federal rights of Metis as well as indigenous people.

In 1993, two Metis men, Steve and Roddy Powley, killed a moose and were charged with violating Ontario hunting law. The men argued that section 35 of the Constitution Act, 1982 protects the right of Metis to hunt for food. The case was appealed up to the Supreme Court of Canada, which ruled in favor of the Powleys in September 2003. The Court also rejected a contrary appeal in February of 2022.

To pass the Powley test, an individual must: identify as a Metis person, be an accepted member of a present-day Metis community and have ties to a historic Metis community.

Like other projects in the news, the purpose of the testing is to preserve a snapshot of the biological history of Canada’s Eastern Metis peoples at a time when admixture, secularization, intermarriage and other factors endanger the coherence and continuity of all ethnic groups. More widely, the purpose of the Metis project is to further First Nation cultural, historical and social awareness and help undo injustices of the Colonial system in Canada and other Commonwealth countries.

DNA Consultants has helped make these goals possible with its unique test, the Basic American Indian DNA Fingerprint Test. The project follows similar STR studies for the Shawnee, Virginia Tribes and Abenaki and is expected to extend over about two years.

STR stands for Short Tandem Repeats, values spread across standard locations in the chromosomes used to identify people. Different ethnic populations have different STR frequencies on an aggregate basis. A strong random probability match to a population in the reference database can point to common ancestry—though no percentage of admixture can be calculated, since all populations are mixed and none is “pure” or 100%.

He cited the formation of the European Union, more fluid borders between countries and aging of our society as demographic factors in a “golden moment” for the biological history of modern populations.

DNA Consultants, whose method is more forensic than genomic, is the only DNA service that can specify all countries of Europe, including Ukraine and several regions of Scotland, Spain and Italy, as well as up to 65 Indian tribes or groups in North, Central and South America.

Individuals interested in contributing anonymously to the project and furthering the scientific aims of the initiative are encouraged to contact the administrator project@metisfirstnation.ca. Please state your registration number and reason for volunteering in your email. Metis elders or those with restricted income or means may, at the sole discretion of the administrator, test on a cost-free basis. Others will normally purchase the Basic American Indian DNA Fingerprint Test at a special half price discount.

The administrator will reply with a download for the consent form, which must be mailed to him signed in hard copy.

Completed, signed consent forms may be mailed to:

Métis in the Canadian Encyclopedia