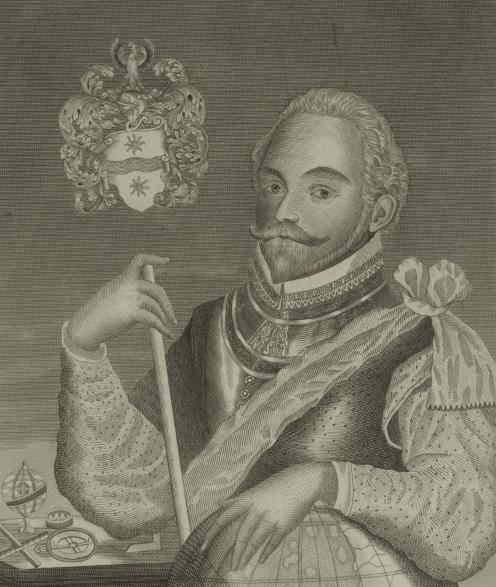 “For most Americans, the story of their nation’s origins seems safe, reliable and comforting.”

So begins Elizabeth Caldwell Hirschman’s Preface to her new collaboration with Donald N. Yates. Their book Jews and Muslims in British Colonial America (ISBN 978-0-7864-6462-3) appeared in late February from McFarland & Co. and initial sales and reviews are quite positive.

Subtitled A Genealogical History, it presents an iconoclastic new narrative of American history beginning with an examination of the shipping companies organized in England to bring settlers to North America and concluding with a chapter on Georgia, the last “and most Jewish” colony.

Perhaps nothing better epitomizes the sea-change that many genealogies underwent in the American experience than the case of Sir Francis Drake. The original family name was Sephardic Jewish and the family crest featured six-pointed stars. As the story of America evolved, these were converted to more innocuous, less-revealing eight-pointed stars in engraved book plates and other illustrations.

As well as firing a definite shot across the bow to traditional American genealogies, the study also gives us some delicious smoking guns. In the Massachusetts chapter, for instance, the genealogy of many Pilgrims and Puritans is revealed to contain Jewish or Muslim ancestry. In the Virginia chapter it is pointed out that Patrick Henry’s mother was Jewish and she was married to a Muslim merchant from Aberdeen, Scotland.

Over 5,000 names are evaluated and capsule etymologies given for them.

There are illustrations, references, notes and an extensive index.  Jews and Muslims in British Colonial America is the second in a series of historical studies that began with the same authors’ When Scotland Was Jewish (2007). The series will conclude withJerusalem’s Gate:  History of Britain’s Earliest Jews and Middle Easterners.

Jews and Muslims can be ordered for $45.00 from McFarland and Co., Amazon, DNA Consultants Online Bookstore or your favorite bookseller. It is also appearing in an electronic edition that will be available on the Google and Kindle platforms.

More news on the publication of Jews and Muslims.