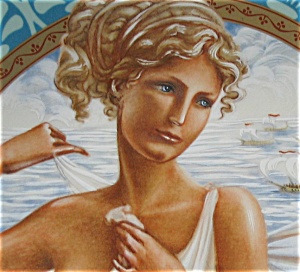 DNA Consultants has announced the prelaunch of a new generation of autosomal ancestry markers that can help in identifying unusual lines. In its fall newsletter to customers, the company gives a sneak preview of Rare Genes from History, rare alleles that its research has tied to specific populations in world history. The novel marker discoveries are powered by the autosomal DNA database atDNA, currently in version 4.0A, with 400 populations and more than 115,000 subjects.

The first rare value characterized occurs at a frequency of only 1 in 10,000 people worldwide but is relatively common in Cypriots and other Mediterranean populations. It is 15 times more common in Jews than Asians and is not even reported in many African, Chinese and Indonesian populations. The rare marker is believed to have originated in Africa (along with all other alleles in the human genome) but to have experienced a boost from carriers in ancient Anatolia and the Middle East, spreading to other population centers.

Called the Helen gene, it is named for the “face that launched a thousand ships,” because its approximate center of diffusion includes ancient Troy, site of one of the world’s oldest civilizations and longest wars, as sung by Homer and verified by the excavations of Heinrich Schliemann (see image). Notable appearances are in island populations such as Cyprus, the Balearic Islands and the British Isles.

Models of history tested in the database have linked the Helen gene with Greeks (often referred to as Hellenes), Italians, Turks, Sephardic Jews, certain North Africans, Celtic migrations, the Rom (Gypsy) people and modern-day Melungeons, though nowhere does its occurrence climb higher than 1 in 500 people, or .2 percent.

“These are all extremely rare genes,” said Donald Yates, principal investigator. “But because they are so rare their trail on the map of history is very, very clear.”

The lineup of new autosomal markers in the first phase of development is as follows:

Five of the new products are African (three of these come from studies of the Amarna mummies in Egypt), two are Eurasian and three are Native American. The classic DNA study by the Supreme Council of Antiquities in Cairo, Egypt is: Hawass Z, Gad YZ, Ismail S, et al. Ancestry and Pathology in King Tutankhamun’s Family. JAMA. 2010;303(7):638-647. The feat by scientists has also been featured on Discovery Channel.

More genetic rarities are being investigated by the company’s statistics expert Wendell Paulson for their suitability as exotic ancestry markers.

Existing customers may order a sneak preview of Rare Genes in History by calling or emailing the company. This offer is good for a limited time only and covers only the initial panel of 10 rare genes. The full product is expected to be launched at the start of the holiday season.