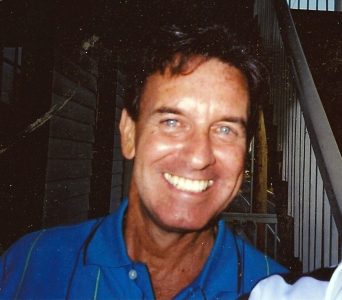 N. Brent Kennedy III, Appalachian author, educator and development executive, died Monday, Sept. 21. A native of Wise, Va. and resident of Kingsport, Tenn., Kennedy endured many health challenges after a devastating stroke on December 17, 2005 that cut him down at the height of his career and popularity as healthcare executive and influential spokesmen for the region’s history and culture. He was 69.

Kennedy served as the Wellmont Foundation’s president from 2001 until 2005 and was also Wellmont Health System’s senior vice president of institutional advancement. For a number of years he was Vice Chancellor for Development and College Relations at the University of Virginia at Wise. He was honored on November 15, 2015, with a scholarship at UVa-Wise in his name for students studying history and Appalachian studies.

Born in Wise, November 15, 1950, to parents N. Brent Kennedy II and Nancy Hopkins Kennedy, Kennedy attended J.J. Kelly High School there, where he belonged to the class of 1969. After graduating from Clinch Valley College (later UVa-Wise), he obtained a Ph.D. in mass communications from the University of Tennessee in Knoxville in 1981 before embarking on a heavy-hitting career in regional development and the philanthropic arena.

Kennedy is known for his research on the origins of Melungeons, a group of people of mixed ethnic background who settled in the hills of Appalachia. After wondering for years about these mysterious outliers, he found out his family shared the same roots. His 1996 book, The Melungeons: The Resurrection of a Proud People, authored with his wife, Robyn, made Kennedy the prime mover behind a revival of Melungeon identity that became a national and international sensation.

Kennedy’s own story of self-discovery—featuring his polydactylism and history of familial Mediterranean fever as well as the family’s Jewish, Gypsy, American Indian and Turkish connections—rippled through the Internet and brought a turnout of nearly 600 people instead of an expected 50 attending the First Melungeon Union in Wise, Va. in July 1997.

“Thanks to Brent Kennedy and those other early organizers, Melungeons gained a voice and the word Melungeon was no longer an epithet but a badge of honor,” said Scott Withrow of the Melungeon Heritage Association.

We remember Kennedy as a down-to-earth communicator with an infectious charm and infallible memory. He was well read and well-traveled, gregarious with all and catholic in his tastes and interests. As the Roman poet Terence would have said of him, “He was human and nothing human was alien to him.” At gatherings, he seemed always in motion. Heads turned when he entered a room.

Among Kennedy’s numerous awards are the Fitz Turner Civil Rights Award from the Virginia Education Association (1998), the Distinguished Service Award (1998) and the Turkish-American of the Year Award (2006), both from the Assembly of Turkish American Associations, and the Outstanding Alumnus Award from UVa-Wise (2003).

Kennedy’s parents and some of his forebears are buried in the Nash Cemetery on Coeburn Mountain Road in Wise. According to the funeral home, his own remains were cremated. Due to the ongoing pandemic, a Celebration of Life Memorial Service will be held at a later date, perhaps on the campus of UVa-Wise, said a spokesman.