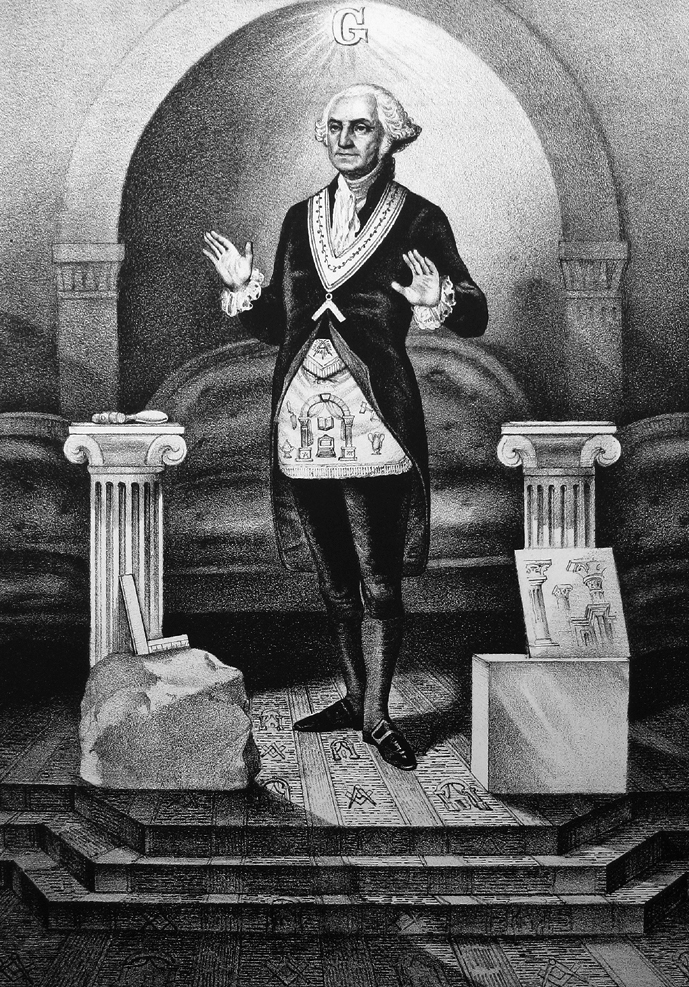 Not everything you were told in school about the Pilgrims, George Washington and the other brave, white Christian founding fathers of America is true. In fact, according to Elizabeth Hirschman Caldwell and Donald N. Yates’ new book, some of the familiar figures were not even Christian. Appearing last month, Jews and Muslims in British Colonial America ($45.00) offers a fresh perspective on the early American experience, with chapters and emigrant lists on all the original colonies, from Virginia to Georgia. Here are “tweetable” excerpts with some of the study’s surprising Hebrew, Arabic, Turkish and Jewish names.

“American genealogies rarely jump the Atlantic, and in Norman pedigrees there seems always to be a disconnect between the invasion of 1066 and sudden appearance of the family’s supposed ancestor on, say, the Pipe Rolls from the reign of Henry II or Magna Carta of 1215. In America we sometimes have the ships passenger list mentioning our ancestor but then a maddening interval of silence before a reliable nexus of birth, marriage and death records can be established. Oral traditions fill in the breach.”

“The first president of Nigeria, Nnamdi Azikiwe, once remarked America ‘is a country built more on people than on territory.‘ He saw Jews as the ingredient that gave Americans their characteristic distinctiveness and diversity, saying they “will come from everywhere: from France, from Russia, from America, from Yemen. … Their faith is their passport.”

“We have made an effort to bring to life some of the forgotten women who shaped the Colonial American experience. These include the ancient Ur mother of European royalty, the Occitan Jewish Queen Itta, Charlemagne’s great-great-great-grandmother; Mary Lago, the Sephardic Jewish mother of the Quakers’ founder George Fox; and Malea Cooper, the Jewish Mulatto wife of Daniel Boone’s guide (whose Hebrew name is the same as one of President Barack Obama’s daughters). Some of their stories will surprise readers, running counter to traditional historical accounts. Few people realize that one of the Salem witches mounted a legal defense using the family’s professional connections and wealth. Sarah Town(e) Cloyes (or Clayes)fought her accusers and lived to become a founder of the town of Framingham, Massachusetts. The mother of Patrick Henryaccording to diarist William Byrd was “a handsome woman of the Family of Esau” whose first husband in Aberdeen, Scotland, was “of the Family of Saracens.”  The Cherokee Beloved Woman Nancy Ward bore an Arabic name.  One of the subthemes of the present study is the interaction between emigrants and American Indians. Readers will find Cherokee, Creek, Choctaw and other genealogies that reflect intermarriage between Jews or Muslims and America’s indigenous inhabitants, believed in the thinking of the day to be Abraham’s children.”

“On a different level, an interlocking Presidential dynasty has been suggested with twelve patrician families at its core – Adams, Bayard, Breckbridge, Harrison, Kennedy, Lee, Livingston, Lodge, Randolph, Roosevelt, Taft and Tucker – most of which we will have recourse to mentioning in the chapters of this book.”

“The footnotes in this study are intended not only to document origins and surname histories in unequivocal fashion but also to cast a sidelight on celebrated Jewish Americans who can trace back to colonial forebears and their relatives in European Jewry. These range from the Massachusetts Kennedys to the Byrds of Virginia, from actors Johnny Depp and Adrien Brody to actresses Roseanne Barr and Gwyneth Paltrow, from writers Louise Glück and Neil Simon to politicians Barbara Boxerand Bernie Sanders and jurists Stephen Breyer and Elena Kagan.”

An Index to Jews and Muslims is available as a paperback ($5.95) and Kindle edition ($3.95, Free to Amazon Prime members).

Jews and Muslims will also be available as an e-book.