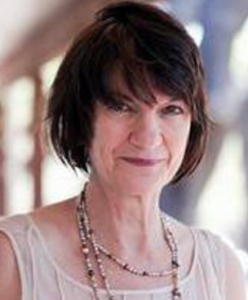 By Teresa A. Yates

DNA Consultants was launched in December 2003. It did not start out very auspiciously, for it began with a colossal blunder.

Both of us had been searching genealogy records on microfiche in library archives until we were nearly blind. We worked as part-time adjunct professors teaching at a community college in Pensacola, Florida. We never meant to start a DNA testing company but that decision proved to be a godsend. The next year, jobs like ours, poorly paid and hard-to-find as they were, dried up and disappeared.

The wheels began turning in 2000, when another company—which shall be unnamed—switched Don’s DNA sample. Because it was not his sample, the results showed no Native ancestry. The company told him he was mostly Finnish.

Don had no Finnish ancestry to his knowledge.  He was aware only of Choctaw, Cherokee, and British Isles ancestry, with a pinch of German and French. Don  is related to Cherokee chiefs Black Fox, Dragging Canoe and Attakullakulla. Besides learning his own family traditions he had conducted extensive genealogy research.

“I went around thinking I was someone else for three years,” he said.

In disbelief, he tested with a Canadian lab, the best option for academic-style DNA ancestry testing at the time. It confirmed his own findings, including a terrific Native background.

Researching our ancestors had been our favorite hobby. Before the advent of the Internet, we traveled all over the South in our  blue Toyota Camry visiting libraries and courthouses. More often than not, we arrived on the wrong day or just before they closed. But often we got lucky. Sometimes we struck pay dirt.

And then Don joined genealogy groups online where others started asking him to explain the results from the big  companies. He gave away free information complete with maps and links that took up more and more of his time.

Paul, his son and my stepson, told him, “Dad, you have a business.”

We decided to sell the log cabin we had built next to a lake on the Natchez Trace in Tennessee and go for broke with a new business.

We began by delving into our own genealogy and then our own DNA. Don has always told customers, “I will treat your DNA as if it were my own.” That has been our business model from the beginning.

For nearly twenty years now we find something new and exciting every day to add to our repertory and our customers’ experience. Thank you, Big-Company-Not-to-Be-Named, for initially doubting our American Indian DNA!