If you asked most people what the most popular hobby is in the U.S., few would guess that the correct answer is genealogy — or that the leading edge today is something called genetic genealogy. The advent of home DNA testing four years ago, coupled with the popularity of such Internet sites as the Church of Latter-day Saints FamilySearch, created a special niche for Donald Yates, a college history professor who opened the first custom DNA ancestry report company earlier this year in Savannah, Ga. In September he moved DNA Consulting to Santa Fe.

DNA testing is a great way to get past brick walls, to verify oral traditions like crypto-Judaic family roots or to explore Native American ancestry and tribal affiliation, says Yates, a classics scholar and former writer for a major biotechnology company. He points out that DNA Consulting is the only commercial ancestry company staffed by professional historians and owned and operated by Native Americans. Yates is Choctaw-Cherokee, and his associates include other Cherokees, as well as an Ojibway elder.

Marie de Roumanie became one of the new company’s first customers after moving to Santa Fe to start the new life she calls her wapeni, a traditional American Indian concept that can best be translated as renewal. The youngest daughter of King Michael of Romania and a fifth-great-granddaughter of Britain’s Queen Victoria, the royal princess is no stranger to genealogy. She used DNA to trace her line, which goes back to the House of Hohenzollern and House of Saxe-Coburg and Gotha. “DNA Consulting was able to confirm the origins of our royal lines in early medieval history,” she says. “The firm’s knowledge of European history, combined with its expertise in DNA testing, is really amazing. I recommend its service to all those who are serious about researching their aristocratic lines.”

No need to draw blood to find out your ancestral lineage. Each customer receives a sample collection kit in the mail, scrapes the inside of their cheek for buccal cells, mails it back to the Salt Lake City lab, and waits about three weeks before getting their custom report. DNA Consulting matches their DNA test results with world gene banks like the Y Haplotype Reference Database and Cambridge Reference Sequence. The sample donor gets a certificate of their gene type with a multi-page anthropogenealogy report on its deep history, the meaning of surname carriers, intermarriage patterns, ethnicity, and migrations.

The two main approaches yield either a male or female genetic haplotype. One determines the father’s lineage by testing DNA material on relevant sites of the Y-chromosome. The other uses a certain region of the maternally inherited mitochondrial DNA to assemble the mutations characteristic of different female lineages. Anyone can take the female DNA test, but only males can take the male DNA test because females do not receive a copy of the father’s Y-chromosome.

DNA haplotyping opens a new avenue to exploring race and ethnicity in history, says Yates. And by revealing the interrelatedness of all human diversity around the world, anthropogenealogy can also be a potent force for promoting tolerance and peace.

For more information about DNA, visit DNA Consulting online at www.dnaconsultants.com. Or call the company’s offices, located at 1274 Calle de Commercio, at 505-437-5155. 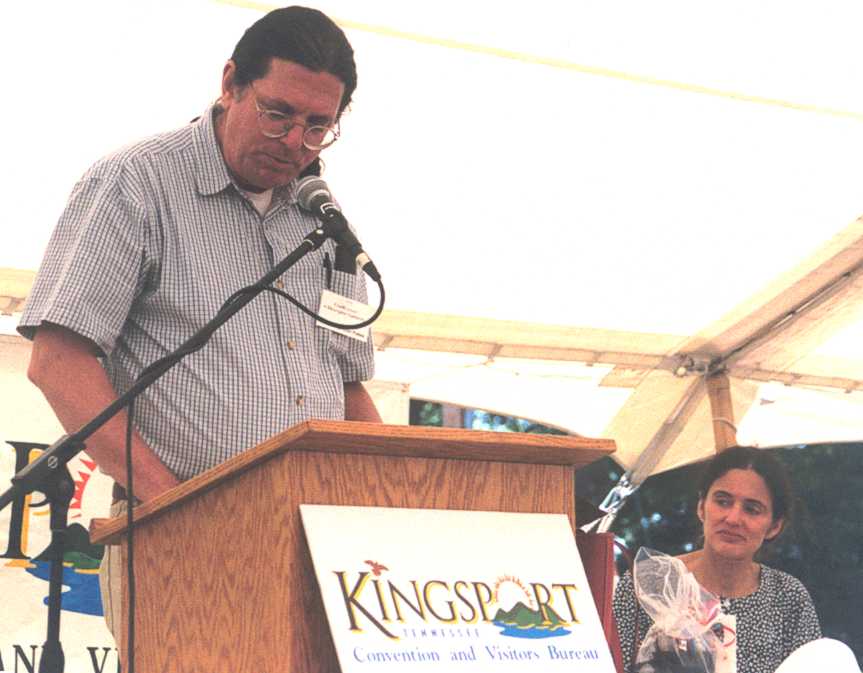 Donald Yates of DNA Consulting presents findings at a recent conference in Kingsport, Tenn. while co-author, Elizabeth Hirschman, looks on. The two professors found out they were not-so-distant cousins through DNA.