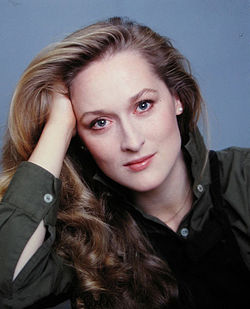 Did you know Meryl Streep is Swiss, Irish, English, Dutch and Sephardic (Spanish) Jewish? DNA proves again and again that most people are more mixed than they realize. That’s true of their countries of origin in Europe, too, for families tend to emphasize one or two nationalities over others in their oral traditions.

Now you can see what DNA has to say about your European roots with our new EURO DNA Test. Customer feedback and satisfaction has been excellent since its introduction in July. Have you done yours yet? A Special EURO Update for existing customers is only $50. New customers can order the EURO DNA Fingerprint (includes test) for $99.

The EURO section of our database atDNA 7.0 used to fulfill DNA Fingerprint tests now covers all countries of Europe equally. Other DNA tests work on a different basis and do not break down one’s European ancestry by country, only regions. Our EURO DNA Fingerprint Test gives customers the Top Ten European countries in which they likely have ancestry based on a comparison of their unique DNA profile with the allele frequencies or variations reported for actual national samples.

For instance, if your top match is Highlands Scottish you are matching 228 living men and women who took part in a study in Aberdeen several years ago and said, “Yep, we’re Scottish, here’s my DNA.”

All other methods rely on “SNP chip” technology and…. well, prediction, guesswork and “logarithms.” Only DNA Consultants uses forensic population matching, the same method adopted in legal cases. Would you rather predict your ancestry or know it?

Correlation with Surnames Uncanny
According to a review of “EURO DNA Testing” just published on the DNA Consultants Blog, there was a strong correlation between English, Scottish and other surnames tabulated in fifth generation genealogy records and the relative rank of European nationalities reported by the EURO DNA Fingerprint Test. For instance, the greatest number (34%) of the subject’s 3rd-great-grandparents bore Scottish surnames. One grandmother was a McDonald whose forebears came from the Isle of Skye. The population named Scotland – Highlands emerged as the Number 1 country of ancestral origin. Highlands Scotland was followed by England/Wales, the second largest source of surnames. England/Wales was in turn followed by Netherlands (13% of surnames were Dutch in origin, with another grandmother bearing a Dutch surname).

The 39 country populations are (n=number of participants in published study):

This covers all European countries of significance in genealogy with the exception of the Ukraine and Latvia.

The new EURO also reports matches with Finland and Estonia. Recent research on fossils has demonstrated that Native Americans and Europeans from the Finnic-Uralic-Baltic region share deep ancestry [see note 1].

“Do You Know Your European Origins?”
“Destination Europe”

[1] Lazaridis, I. et al., “Ancient Human Genomes Suggest Three Ancestral Populations for the Present-day Europeans.” Nature 513/7518{2014):409-13 (known as the Reich article after David Reich of the Department of Genetics, Harvard Medical School); A. Seguin-Orlando et al., “Genomic Structure in Europeans Dating Back at Least 36,200 years,” Science 346/6213 (2014):1113-1118 (known as the Willerslev study after Eske Willerslev of Centre for GeoGenetics, Natural History Museum of Denmark, University of Copenhagen).