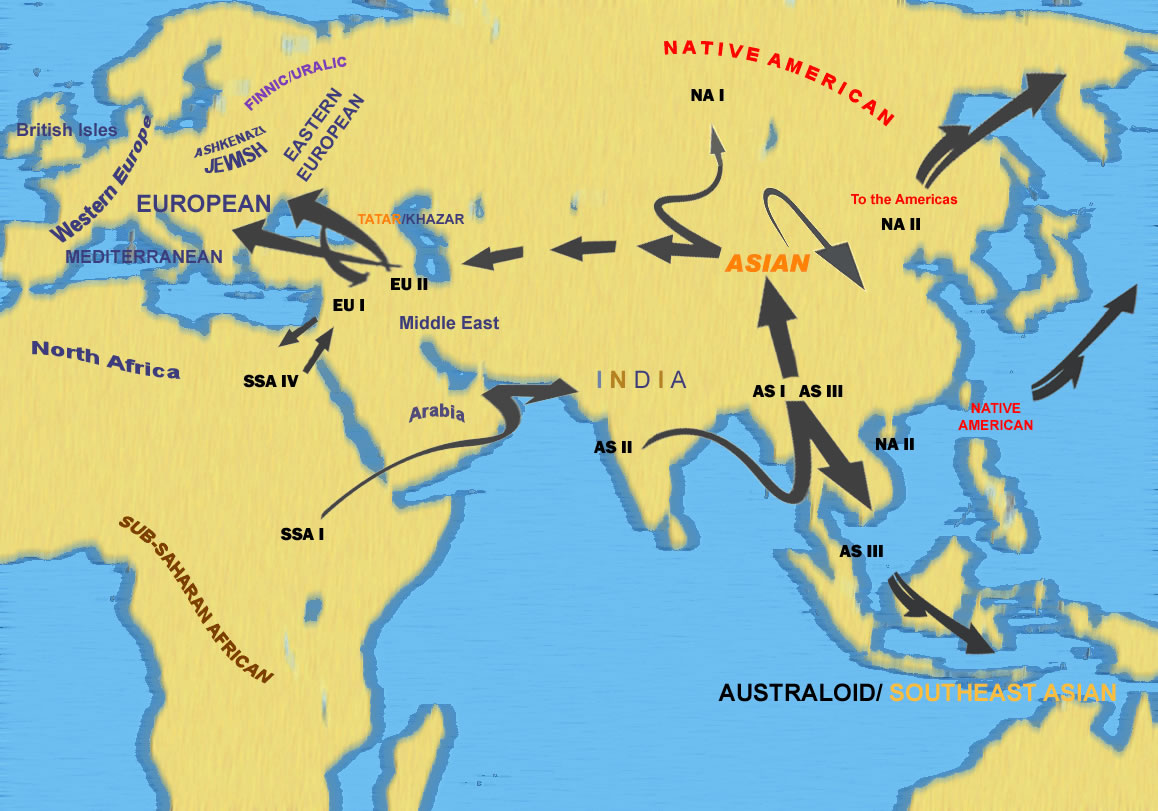 The 18 Ethnic Marker Panel introduced in 2009 has been validated with new statistical studies and our nomenclature slightly altered. Changed was the following.

The Southeast Asian marker was renamed Asian III. This marker was traced to Southeast Asian, Aboriginal Australian and South Chinese populations. Asian I, on the other hand, was linked to early branches in the human migration trail in North China, while Asian II had its strongest representation in India.

All the other names remain the same.

New information was gained about the differences between the Sub-Saharan African markers I-IV. SSA I seems to mark the first out-of-Africa group, which a consensus of scientific opinion places about 80-90,000 years ago traveling across the Horn of Africa into Arabia. The population where SSA I is most common is Somalia in East Africa. Strong showings occur also from Arabia, South India (Dravidian populations) and Berbers.

SSA II appears to reflect a deeper history, with a cline of strength beginning in Southwest Africa and including all African populations one after another. This older African marker is also found in Levantine, Romani, Basque and Melungeon populations.

Each marker set occurs in 80% of people sampled for that ethnicity. This means if a customer got a Native American marker he shares it with 80% of the full bloods in North, Central and South America tapped for forensic study since about 1996. The same can be said for Jewish and other markers. In every case, around 80% of the given population had at least one marker of that ethnicity.

Said one customer of the news, “I’ll take those percentages any day.”