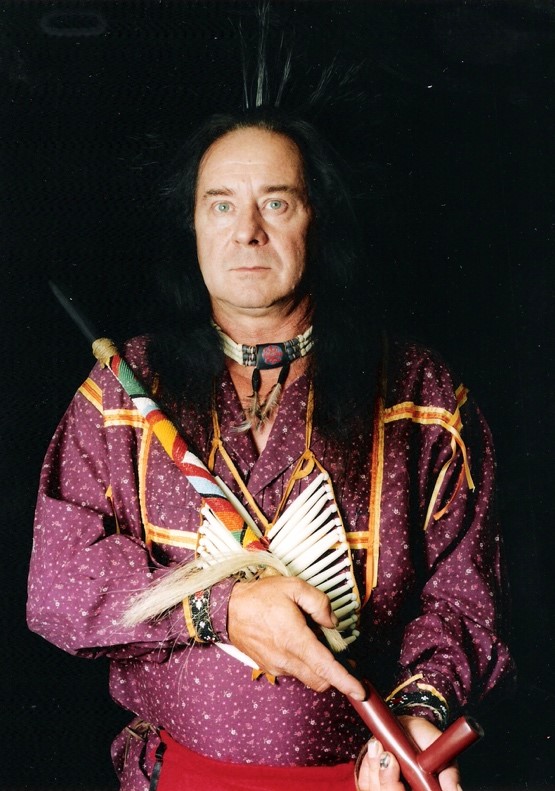 In 1996, Donald Panther-Yates closed the door of his office on Music Row and drove to the home of Chief Two White Feathers and his wife, Talking Eyes, in the Cumberland Mountains. Going off the grid, Panther-Yates lived with the spiritual practitioner and his family, learning the lifeways and languages, arts and crafts, ceremonies, beliefs and stories of the Tihanama.

The book Yates wrote about those experiences, The Eighth Arrow, will be read by broadcast professional Pete Ferrand and appear as a selection on Audible.com. Ferrand was the narrator/producer for the book Cherokee DNA Studies: Real People Who Proved the Geneticists Wrong two years ago. Ferrand has been the voice and engineer behind over 100 audiobooks, all listens available on Audible.com, Amazon’s audiobook store.

A forty-year veteran of radio originally from New York, Ferrand produces his world-class recordings from a studio in his home in Mt. Pleasant, Wisconsin. One of his best-selling books is How Racism Takes Place, by George Lipsitz.

The Eighth Arrow is an inspiring account of living and learning in the rough with the family of one of the last traditional spiritual practitioners in Native America, Paul Arthur Russell (Two White Feathers), who died in Nashville, Tennessee, Nov. 21, 2016. Russell was born in Saginaw, Mich., April 10, 1943, and was Cherokee-Potawatomi-Shawnee-Tihanama. The events take place in 1996. It was the author’s first book written after his genealogy compilation The Bear Went over the Mountain (1995), though it was not published until many years afterwards.

The Tihanama people of Tennessee (the tribal name means “eighth arrow”) were a migratory Southeastern tribe with their own language, now extinct.