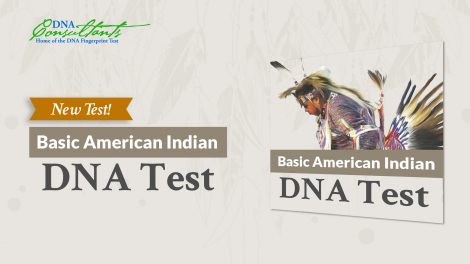 Wrong! DNA Consultants has been doing exactly that with its DNA fingerprint family of products for years. The company predates the appearance of such “Johnny Come Latelys” as 23andme and Ancestry.com.

The testing service was the dream of Donald Yates, a professor and genealogy enthusiast, who vowed to treat everyone’s genetics with as much care as his own, a combination of Cherokee, Choctaw, Creek, Scottish, Irish, English, Jewish and other, including Melungeon, a rare Appalachian ethnic type.

Yates, the author of numerous books and articles, celebrates twenty-one years in American Indian research and social media this month with a Time Traveler’s Suitcase podcast episode hosted by Pete Ferrand, titled “Native American Wit and Wisdom: Words in the Wind.”  This video edition of the podcast was released for Native American Month. It is based on the audiobook The Big Little Book of Native American Wit and Wisdom: Compiled from the First Fifteen Years of Panther’s Lodge, Cherokee Chapbooks, Volume 5, by Anna Kolouthon, Donald N. Panther-Yates, Teresa A. Panther-Yates, narrated by Robert B. Rees, which first appeared five years ago.

After introducing a Cherokee DNA test about the same time, his company began to receive passionate accolades from Cherokee descendants not impressed with the “big box” companies. “Boom! Suddenly there was my American Indian,” says Dorene Soiret, a California resident who has pursued her family’s Cherokee heritage for many years.

Like others in a study of “real people who proved the geneticists wrong,” Soiret’s direct female line went back to a historical Cherokee woman. But her mother’s descent did not belong to haplotypes A, B, C, D and sometimes X. Only these lines were considered to be American Indian or Cherokee by popular science and mainstream DNA testing companies. Consequently, Soiret was taunted by cousins on family history forums who denounced her as a false American Indian descendant and misinformed researcher.

Larry Wingo is another grateful beneficiary of DNA Consultants’ method. An official of the Western Cherokee Nation of Arkansas and Missouri, Wingo was tasked with proving Cherokee ancestry and gathering the far-flung and confused descendants of the Western Cherokee Old Settlers together. The group has more than 48,000 names in its historical records, back to 1720.

The result? After several years of testing, a DNA case study published in June of last year concluded that a core sample of members taking DNA Consultants’ autosomal STR tests matched one or more of the available Cherokee populations in DNA Consultants’ forensic database at a high level 100% of the time. There were no non-matches—a sign of the sensitivity of the test and accuracy and honesty of members about their family traditions.

When a sample of North Carolina-enrolled Cherokees became available, even more Western Cherokee matched it. The new tribal sample also became Donald Yates’ No. 3 match out of 550 possible populations around the world.

A Farewell to AIMs? 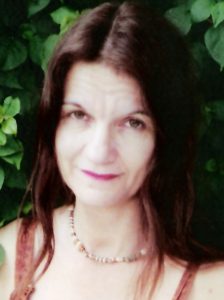 DNA Consultants can match its customers with American Indian tribes that other companies can’t promise because of advantages in the data it has and the unique method it employs.

“It’s like looking for a specific book at a library,” says Teresa A. Yates, vice president of communications, who spends a lot of her time on the phone with customers. “If that book is not in that library, you’re not going to be able to check it out.”

DNA Consultants maintains all forensic population samples that have ever been published on American Indians, and undertook three of its own, whereas companies like 23&me and Family Tree DNA have very limited data, none, as it turns out from Cherokee studies. Eastern and southeastern Indians are typically underestimated, if not completely absent, in genetic surveys. Most descendants of Cherokee and other Eastern American Indian heritage draw blanks in ancestry testing. Often only Short Tandem Repeat testing, the backbone of DNA Consultants’ approach, reveals fine-grain American Indian connections.

“The reason,” says Donald Yates, “is that our matches are matches to real, live self-identified people, not hypothetical matches to theoretical populations.” He adds, “If you get a match, say, to U.S. Cherokee Enrolled, it’s because your unique DNA profile is very common among a scientific sample of members of the Eastern Band of Cherokee Indians who were tested in 2015 when 33 people in North Carolina responded to a call for volunteers, raised their hands in the room, said, ‘Yes, I’m an enrolled Cherokee, and here’s my DNA.’” The matches of companies like 23&me, Ancestry.com and Family Tree DNA are much more complicated, controversial, vague and variable.

Ancient DNA comparisons can be as incomplete and perplexing as modern ones, since ancient Ancestry Informative Markers are based on present-day AIMs. Moreover, many of the leading finds, such as Montana Boy and Kennewick Man, are “ghost populations” with apparently few or no descendants. No Eastern or Southeastern ancient tribal genomes have been recovered (or are likely to be in the near future).

So do you want facts and rankings or artifacts and arguments? Millions have gone with the latter, with mixed results. A smaller, more discriminating number of consumers have chosen what one customer calls the “world-class” service at DNA Consultants where they’ve found success and satisfaction with its line of time-honored DNA fingerprint tests.