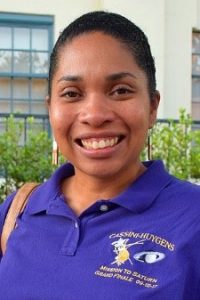 Photo: Powtawche Valerino, enrolled member of the Choctaw tribe and raised on the Mississippi Choctaw Reservation, now an engineer working for NASA.

The Choctaw regularly traveled hundreds of miles from their homes for long periods of time, moving to seasonal hunting grounds in the winter. They set out early in the fall and returned to their reserved lands at the opening of spring to plant their gardens.

Mississippi -Choctaw Indians population data are based on blood samples obtained from 7 unrelated individuals living in the Southeastern United States in 2016.