Here you will find links to other Melungeon DNA pages together with in-house studies and publications. We have been studying Melungeon DNA for 10 years and completed Phase I of our studies in 2010. To view pages containing data you will need to register. 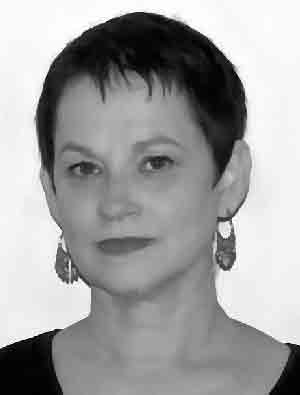 A Genetic and Lexicographical Profile of Melungeons (2904 KB)

Update, Sept. 16, 2010. The article by Donald N. Panther-Yates and Elizabeth Caldwell Hirschman, “Towards a Genetic Profile of Melungeons in Southern Appalachia,” is currently in page proofs at Appalachian Journal and ought to be published sometime this fall. We will post a copy of it here when it appears. In the meantime, we are pleased to post the data containing the profiles of the forty participants (unassociated with name). I will be in communication with each of you over the next few weeks to thank you personally and see if you want to add any information to your case. A big, big thank you to the following for their patience and endurance. This is an enduring benchmark in Melungeon studies!

Update to the update: The article was published. A copy can be viewed here:

Toward a Genetic Profile of Melungeons in Southern Appalachia (9638 KB)

Read more about the study.

My vita lists the dates and publication outlets for the Melungeon papers that have come out so far. I think the Melungeon DNA Project started with my male ancestor data with surnames Caldwell, Carter, Cooper and the rest during the early 2000s and then grew as people wanted to join it. This would have come about largely as a result of my presentations at the Melungeon Unions from 2002 onward.

From the original project description:  “This study is looking at males who have a Melungeon ancestry.  Open to all who think their ancestor may have Melungeon heritage. In November 2002 a subproject titled Southern U.S. Native American DNA was added. This looks at both male and female lines that began with an Indian trader and Native woman in the Southeast.”

The first data incorporated into the project were the 12 marker Y-chromosome results of Brent Kennedy, Nov. 8, 2000. With the introduction of a 25 marker product, many male participants were upgraded from 2003. In the meantime, male results were used to illuminate certain Scottish clan histories in my book with Donald Panther-Yates, When Scotland Was Jewish, at print for nearly five years, and not appearing until July 2007.

My research partner Donald Panther-Yates presented an analysis of the DNA of people in the sub-project Southern U.S. Native American DNA at a meeting of the Society of Crypto-Judaic Studies in San Antonio, Texas, in the summer of 2003.

As of this writing, there are 102 members of my original Melungeon Surname DNA Project, most with Y chromosome and mitochondrial reports. The bulk were tested before 2005, when enrollment for the project was discontinued. From focusing on Scottish clan and Melungeon surnames (i.e., male lines), the project increasingly broadened its scope. Its new home at DNA Consultants will provide a venue for all people who believe they may be descended from Melungeon forbears, male or female, including autosomal ancestry.

Initially, many people in the genetic genealogy community were frustrated that the incoming Jewish DNA results were not originating in the Middle East, as they had strongly believed and hoped (some as Zionists), but were showing a lot of Khazar, Central Asian, Eastern European and Western European/Spanish/French input. Don Panther-Yates and I — and also Ellen Levy Koffman on the DNA-Genealogy list at Rootsweb — had been saying this was the case. Critics were not happy that the data were confirming it.

Where Don and I have performed a service, I believe, is by just following the DNA trail and accepting new findings (e.g., the Gypsy/Roma) when they come in, instead of clinging to an a priori theory/belief/wish. To cite one different approach, a lot of Behar‘s early 2000s studies now are being criticized for his over-claiming a Middle Eastern origin for the majority of Jews.

Drawing on a vast array of research contexts ranging from brand collecting, globalizing food in India, and art consumption to rock festivals, dog shows, and fan fiction, this volume suggests both the breadth and depth encompassed by Consumer Culture Theory (CCT). CCT is a specific interpretive approach to understanding consumer behavior that has crystallized in the past few years out of an evolving stream of research conducted over the past few decades. These chapters present cutting edge CCT research and are a subset of the work presented at the first CCT Conference. Besides its focus on consumption, CCT research emphasizes the cultural context of consumer behavior with the intent of constructing theory. As the innovative writings, photography, and poems in this volume illustrate, rather than being a single theory, Consumer Culture Theory is a set of empirical and conceptual approaches emphasizing non-positivist methods and culturally constructed meanings. These chapters present a rich stew of ideas, findings, and insights that represent the best of CCT. Together they sketch some of the domains that CCT research seeks to inform. Collectively they should enlighten, inspire, and empower further research in the CCT spirit. *International in scope *Qualitative and quantitative approach to consumer behavior research.

Most of us probably think of America as being settled by British Protestant colonists who fought the Indians tamed the wilderness, and brought democracy–or at least a representative republic–to North America. To the contrary, Elizabeth Caldwell Hirschman’s research indicates the earliest settlers were of Mediterranean extraction, and of a Jewish or Muslim religious persuasion. Sometimes called Melungeons, these early settlers were among the earliest nonnative Americans to live in the Carolinas, Tennessee, Kentucky, Virginia, and West Virginia. For fear of discrimination-since Muslims, Jews, “Indians,” and other “persons of color” were often disenfranchised and abused–the Melungeons were reticent regarding their heritage. In fact over time, many of the Melungeons themselves forgot where they came from. Hence, today the Melungeons remain the “last lost tribe in America,” eyen to themselves. Yet, Hirschman, supported by DNA testing, genealogies; and a variety of historical documents, suggests that the Melungeons included such notable early Americans as Daniel Boone, John Sevier, Abraham Lincoln, Jefferson Davis, and Andrew Jackson. Once lost, but now forgotten no more.

Kinfolks, Falling off the Family Tree:  The Search for My Melungeon Ancestors, by Lisa Alther. Limited preview. 2007 book.

Best-selling author Lisa Alther chronicles her search for missing branches of her family tree in this dazzling, hilarious memoir.