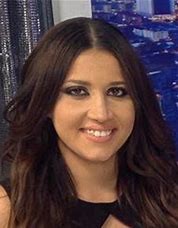 Malta, officially known as the Republic of Malta and formerly Melita, is a Southern European island country consisting of an archipelago in the Mediterranean Sea. It has been inhabited since approximately 5900 BC, when settlers arrived from the island of Sicily. Its location in the center of the Mediterranean has historically given it great strategic importance as a naval base, with a succession of powers having contested and ruled the islands, including the Phoenicians and Carthaginians, Romans, Greeks, Arabs, Normans, French, and British.

As part of the Treaty of Paris in 1814, Malta became a British colony. It ultimately became independent on 21 September 1964 (Independence Day). Under its 1964 constitution, Malta initially retained Queen Elizabeth II as Queen of Malta, with a Governor-General exercising authority on her behalf. Malta became a republic within the Commonwealth in December of 1974. In March 1979, Malta saw the withdrawal of the last British troops and the Royal Navy from Malta. This day is known as Freedom Day and Malta declared itself as a neutral and non-aligned state. Malta joined the European Union on 1 May 2004 and joined the Eurozone on 1 January 2008.

The Maltese language (Maltese: Malti) is one of the two constitutional languages of Malta, the other being English. Maltese is a Semitic language descended from the now extinct Sicilian-Arabic (Siculo-Arabic) dialect. It is the only Semitic language with official status in the European Union. The population as of 2019 is approximately 514,000.