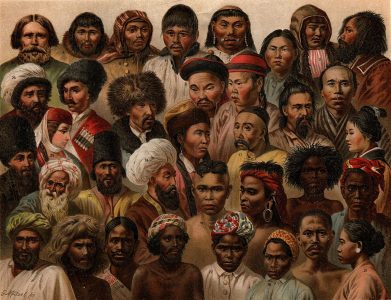 Several months ago, DNA Consultants announced it was adopting a “northern route” for the spread of mitochondrial haplogroups, replacing the “beachcomber route.” This departure from existing orthodoxy was based on the work of a team of geneticists based in the Canary Islands led by Rosa Fregel and Vicente Cabrera. The blockbuster article was published five years ago as  “Carriers of Mitochondrial DNA Macrohaplogroup N Lineages Reached Australia around 50,000 Years Ago following a Northern Asia Route.

Now it appears the movement and creation of male haplotypes capture the real current of history, which went through a bottleneck in the aftermath of a cataclysmic event 75,000 years ago. Combining linguistic and DNA Genealogy data, Anton Perdih of the University of Ljubljana in Slovenia posits that the aboriginal Europeans belonged to the Y Chromosome haplogroup I and were the Proto-Indo-Europeans and the Proto-Slavic speakers. The new model is presented in his paper, “Continuity of European Languages from the Point of View of DNA Genealogy, International Journal of Social Science Studies, Vol. 6, No. 1 (January 2018). 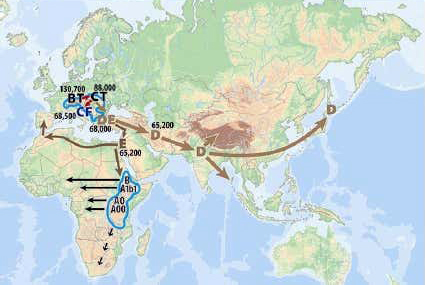 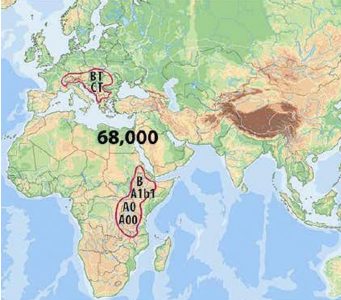 According to theorists in what may be termed the European school, mankind did not descend from Africans with “mitochondrial Eve,” or even Y chromosomal Adam. After a mega-tsunami event that drowned most populations around the world about 68,000 years ago, there were two refuges where humankind survived, in the Alpine region of central Europe and the Balkans and East Africa. (There may also have been a survivor community in the Caucasus.)

A related work of equal importance for prehistory is Iurii Mosenkis, Hellenic Origin of Europe (2016), which reconstructs three paleo-Balkan language substrates and explains the development of Troy and Minoan Crete as offshoots of the civilization of Old Europe. He studies, for instance, Proto-Greeks/Paleo-Balkanians and their writing in the Cucuteni-Trypillia culture 3400–3100 BCE.

The phylogeny of European haplogroups has now been linked to its language divisions in history. Archeology, archeogenetics, linguistics and physical anthropology are beginning to converge for the first time. It is groups of men who colonized the world. They brought along with them women of almost random haplotypes. The deeper timeframe of mitochondrial DNA must be understood in the light of the more shallow perspective of Y chromosome haplotypes.

Mosenkis is a professor at Kiev, and Perdih is at a Slovenian university. The background of the authors of the “northern route” was similarly exotic—Spanish, Canarian, and Arabian. The decipherment of Linear A involved a Norwegian scholar who spotted it in a Bronze Age inscription. Most people believe Linear A remains undeciphered, but the surprising story of its decipherment in Norway as long ago as the 1980s is told by Mosenkis:

The enigma of the script invented by the Minoan civilization in Crete, hieroglyphic and Linear A, remained unsolved until the late 1980s, when Kjell Aartun, by training a Semitist, claimed to have deciphered the Linear A language. In 2001 he was awarded the King’s Gold Medal of Merit for his Decipherment of Minoan script and language, as recommended by the Norwegian Academy of Science and Letters, although the verdict of the handful of qualified cryptographers in the rest of the world was and is ambivalent. The Minoan language belonged, according to Aartun, to the Southwest Semitic language group. Cyrus Gordon had been on the same track. Used between approx. 2000 and 1450 BC, it represents the oldest written texts in Europe. In 1987 a Minoan Linear A inscription was discovered in Norway, engraved on the rock face of a Bronze Age cult site on the outskirts of the town of Kongsberg’, https://jarnaes.wordpress.com/1-minoan-crete-linear-a/ , thus establishing the connection between Cretan seafarers and Scandinavian trade. Such an overlap of maritime traders also occurs, significantly, in Georgia, where Scandinavian rock art and Minoan inscriptions coexist.

The offbeat Perdihs and Mosenkises and Aartuns and Gordons of the world seem to be beneath the notice of the genetic superstars at Oxford and the Max Planck Institute, but to our mind they have solved some of the most intransigent problems of prehistoric humans and ancient DNA. 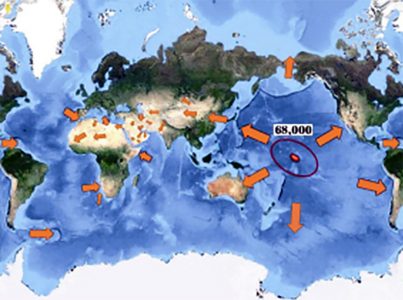 Title graphic credit: Nordisk familjebok, 1898 (Swedish: “Nordic Family Book”) is a Swedish encyclopedia that was published in print form between 1876 and 1957, and that is now fully available in digital form via Project Runeberg at Linköping University.