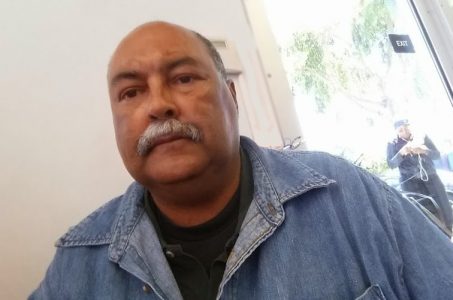 I grew up in the Southwest in Richmond, California. My father was from Guayama, Puerto Rico, and my mother was from Maui, Hawaii. My paternal great grandparents kept a diary and worked in the sugarcane, tobacco, and coffee fields and told stories of the Taino Indians from the island of Boriken near Puerto Rico.  My mother’s side migrated to Hawaii from Spain and Puerto Rico to work in the pineapple and sugar cane fields. My mom and relatives were in Pearl Harbor and some served in WWII.

My mom’s maternal grandmother was born near Ponce, Puerto Rico.

It was a big surprise to me what the tests showed! I have a Spanish name, but the Native American DNA test showed that I have Native American on both sides and have a match to Taino and possibly Cherokee. My Native American haplogroup, C1, is relatively rare and corresponds to Taino lineage.  I am assuming the Taino is on my Dad’s side and the Cherokee is on my mom’s side. The latter was especially surprising since I am from the Southwest. I have not done any other DNA testing, but my sister did. She did a DNA test from another company and was told said she had Cherokee which we thought odd, but this is just more confirmation. My DNA Fingerprint Plus report said the Spanish and French enslaved and resettled many Native Americans to the highlands of Puerto Rico, so I imagine that is where I got Cherokee ancestry. Also, the DNA Fingerprint Plus showed I have top matches to Native American populations in my world and megapopulations. It was a big surprise to discover I have so much Native American. Oh, and I discovered I also have some Jewish in my ancestry which was quite a surprise.

I am hoping to now be able to connect with some of my ancestors online on my mom’s side to discover even more from the Native American DNA test and to join the Dr. Yates’ Cherokee Project with DNA Consultants. Dr. Yates believes my mother’s line is Cherokee. I am very excited about that. You guys have my full support. I finally know who I am! This has helped me very much. It isn’t that it was just useful to me. This is a useful tool that would help everyone find out who they are. God bless you and what you are doing. You are a dynamic duo and have given me a golden key. I always had a gut feeling that I was Native American, and it was such a relief to find out I have a strong line of it from my mother. I am usually a very quiet person, but I am so excited about this that I want to be recognized. This is me!