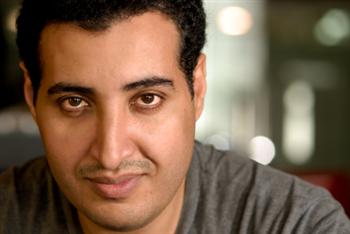 The India – Indo-Caucasoid Brahmin population data represent DNA samples from 110 individuals in one of two major ethnic groups (Indo-Caucasoid and Indo-Mongoloid) in Eastern India. Samples were obtained by the DNA Typing Unit of the Central Forensic Science Library, based in Calcutta/West Bengal, India. This effort was supported by a government grant from India’s Bureau of Police Research & Development, which is part of the Police Division in the Ministry of Home Affairs. For details, see Anthroscape

“Brahmins are considered by the European Indologists of the 19th century, to have been part of the Aryan migrants from Iran, eastern Eurasia or central Asia, who, around 2600 BCE, drove the native population towards the south after adopting their primary religion based on worship of pasupathi (later known as Lord Shiva). The Aryans followed a division of labor and specialization among different groups called castes, granting Brahmins the highest reverence. This, according to European scholars, is the root of the caste system and what they described as the superstitious religious practices of the Hindus, still surviving to the modern day and age.”

Brahmin is a Hindu Indian caste. The English word brahmin is an anglicized form of the Sanskrit word Brahmana, which in Hinduism means the ‘Supreme Self’ or the first of the gods. Brahmin refers to an individual. In 1931 (the last Indian census to record castes), Brahmins accounted for 4.32 percent of the Indian population. Diversity in religious and cultural traditions and practices, as well as the Vedic schools they belong to, caused Brahmins to be further divided into sub-castes. Brahmins perform vedic rituals, but only a subset of brahmins are involved in priestly duties of teaching and preaching. They also excel as educators, lawmakers, scholars, doctors, warriors, writers, poets, landowners and politicians.
Brahmin history is associated with the Vedic religion of early Hinduism, known as Sanatana Dharma. Brahmins eventually became a powerful and influential group, and many discriminated against lower-level castes. However, some modern-era Brahmins claim reverse discrimination. Brahmins are located throughout India, but mainly have settled in the Northern states of Uttar Pradesh and Andhra Pradesh. There are small concentrations in the southern Indian states of Tamil Nadu, Karnataka and Kerala. Brahmins can be identified by teachings and writings that refer to at least one of  the three Hindu paths of Devotion, Knowledge and Yoga, which Vedic priests espouse in order to help people achieve ‘god realization’– the ultimate aim of Hinduism. As priests, they have three compulsory occupations; studying the Vedas, worshiping deities, and charitable giving. All Brahmin teachings and writings relate to one of these paths – and the choice of which one is determined by free will and personal inclination.

The India – Indo-Caucasoid– Kayastha population data represent DNA samples from 103 individuals in one of two major ethnic groups (Indo-Caucasoid and Indo-Mongoloid) in Eastern India. Samples were obtained by the DNA Typing Unit of the Central Forensic Science Library, based in Calcutta/West Bengal, India. This effort was supported by a government grant from India’s Bureau of Police Research & Development, which is part of the Police Division in the Ministry of Home Affairs. For more details, see Kayastha and Anthroscape.

From Kayastha (Hindu traditions) in India:

Kayasthas mostly belong to the Hindi-speaking states of West Bengal, Uttar Pradesh, Bihar, Madhya Pradesh and Delhi. They also migrated to Hyderabad from Delhi and Uttar Pradesh in the middle of the 18th century and found employment in the court of the Nizam. In 1820, out of the 400 North Indian mansabdars [members of the imperial bureaucracy], 60 were Kayasthas.
Today, Kayasthas have broken new ground and excelled in vocations other than writing and record-keeping, by entering fields such as politics, science and music. … It is said that Brahma, the Creator, having established the four varnas of “Brahmin, Kshatriya, Vaishya and Shudra” dained Dharamraj (also called Yamraj, the god of death) to record the deeds “good and evil” of all life-forms born and yet to be born on the earth — in the heavens above and in the lands below. Dharamraj complained, “O Lord, how can I alone keep record of the deeds of the beings born into 84 lakh yonis (life-forms) in three worlds?” Brahma then closed his eyes, meditated for a while and there appeared a radiant figure with a quill-pen in one hand and an ink-pot in another. Brahma named him Chittagupta, for he was conceived in his cognitive-self (chitta) and he was lying in Him, dormant and secret (gupta). He was born of Brahma’s body (kaya) and so the Lord decreed that his progenies be called Kayasthas. He was assigned to work as a minister, to write and record for Dharamraj. Thus emerged, the fifth varn –, the Kayastha. Some historians claim  that during the reign of the Mughals, a number of educated Hindus endowed with sharp intellect attained administrative positions through rapid adaptation to the Persian language and culture of India’s new rulers. These influential Hindus then organized a new caste known as Kayastha.