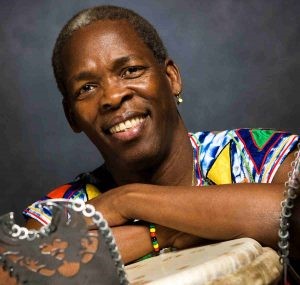 Guinea-Bissau was once part of the kingdom of Gabu, as well as part of the Mali Empire. Parts of this kingdom persisted until the 18th century, while a few others were under some rule by the Portuguese Empire since the 16th century. In the 19th century, it was colonized as Portuguese Guinea. Upon independence, declared in 1973 and recognized in 1974, the name of its capital, Bissau, was added to the country’s name to prevent confusion with Guinea (formerly French Guinea). In 1446, the area was visited by a Portuguese slave trader and it became an important slave center. Most people are farmers, with traditional religious beliefs (animism); 40 percent are Muslim, principally Fula and Mandinka speakers concentrated in the north and northeast. Within the country, there are about 37 different ethnic groups, the major ones being the Balante, the Fulani, the Pepel, the Malinke, and the Mandyak. Cape Verdians form a small, but significant, minority. The official language of Guinea-Bissau is Portuguese, but Crioulo, a mixture of Portuguese and African, is more commonly spoken

Guinea-Bissau (n=92) represents 92 unrelated and known African individuals who were sampled in 2005 by the National Institute of Legal Medicine in Coimbra, Portugal.

Guinea-Bissau (n=100) represents 100 healthy and unrelated African men who were sampled in 2002. The individuals belong one of 13 ethnic groups such as Bijagos, Balanta, Felupe, Susso, Mancanha, Manajco, etc.

Guinea-Bissau (n=92) represents 92 unrelated and known African individuals who were sampled in 2005 by the National Institute of Legal Medicine in Coimbra, Portugal.