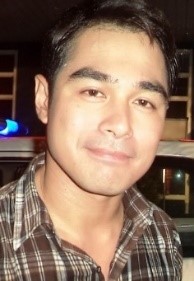 Guam is an unincorporated and organized territory of the United States in Micronesia in the western Pacific Ocean. It is the easternmost point and territory of the United States, along with the Northern Mariana Islands. The inhabitants of Guam are called Guamanians, and they are American citizens by birth. Indigenous Guamanians are the Chamorros, who are related to other Austronesian natives to the west in the Philippines and Taiwan.

Historically, Filipinos have been settling on Guam from Spanish colonization in the 17th century. Besides exiling Filipinos rebels, Spain brought Filipino soldiers and missionaries to the island. Today, Filipinos in the medical, educational, and religious fields, continue to serve the island’s needs. Since historically many Filipinos who came to Guam decided to stay and settle on island, many Chamorros can claim to have a Filipino ancestor or relative.

The influx of a larger number of Filipinos started after the Second World War because Guam had to be rebuilt after the devastation of the war. Construction companies with military contracts were allowed to bring Filipino workers to the island. Many of them elected to stay on island after their contracts expired. After protests from local groups as well as the decline of construction work, the influx of foreign workers was reduced. Before the war, there were only a few hundred Filipinos on island. The Census of 1940 showed that Guam’s population of 22,290 included 90.5 percent Chamorro, 2.6 percent Filipino and 3.5 percent Caucasian. This changed after the war. By 1950, as a result of immigration and importation of Filipino labor, Filipino population increased to 7,258, or 12.2 percent of the total local population of 27,124. Today, Filipinos make up more than 25% of the population of Guam.

The Filipino – Guam population data represent DNA samples from 99 unrelated volunteer Filipino donors who were from Guam, and who reported that both parents were of the same descent.